'I left Japan for North Korea expecting paradise, and was trapped for 43 years'

Eiko Kawasaki, who left Japan to return to North Korea at the age of 17.

It was cold and pitch black when Eiko Kawasaki was last able to speak with her youngest daughter. Terrified that her call might be detected, she stood in the shadow of a tree and spoke quietly as she clutched the mobile phone to her ear. Her daughter was only a couple of kilometres away, but they were separated by the China-North Korea border and she might as well have been on another planet.

“This was in November 2019 and she was able to travel close to the border at that time,” said Kawasaki, 79. “But it was still dangerous. She borrowed a mobile phone, but if she had been caught it would have been a serious problem.

“So we were both hiding in the shadows on opposite sides of the border and she could not talk for a long time,” she recalled. “I remember that she was complaining about the situation in North Korea and she asked me to send them money.”

Then the line went dead.

Since that evening, Kawasaki has heard nothing from her son and three daughters, or her grandchildren, who are still in the North. Another daughter did manage to flee and reach Japan , but Kawasaki blames herself for the plight of her relatives stuck in the North.

It is why she has joined a lawsuit demanding compensation from the North Korean government for deceiving her and tens of thousands of others and convincing them to leave their homes in Japan in the 1950s to go to North Korea. The suit will have its first hearing on October 14 at the Tokyo District Court.

Born in Kyoto prefecture to first-generation immigrants from the Korean peninsula, Kawasaki had attended a school run by Chongryun, the association of North Korean residents of Japan. Pupils were instructed in the wonders of life in the North and Chongryun officials began to encourage young people to “return” to their homeland, which they described as a “paradise on earth”, she said.

“Many Koreans living in Japan at the time believed this propaganda wholeheartedly, and I and my family were no exception,” she said. “My family decided to return to North Korea.” 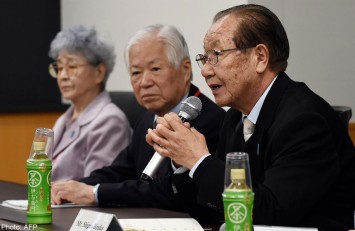 How Pyongyang is taking advantage of rift between Tokyo and Seoul

Kawasaki’s parents concluded that it would take around a year to wrap up their lives in Japan and move to the North, but at 17 years old Kawasaki was impatient and convinced them to let her go immediately.

“I believed that in North Korea all freedoms and livelihoods would be guaranteed by the government, so even as a high school student I was not worried about going alone,” she said. “My parents allowed me to go ahead of them, promising that the rest of my family would ‘come home’ within a year.”

She said farewell to her parents at Kyoto Station and boarded a special train for returnees that travelled to the port of Niigata. It was 1959.

Still enthusiastic about the adventure ahead of her, Kawasaki had the first inkling that something was amiss when the ship left Japanese waters and the passengers were ordered to throw all Japanese food overboard on the grounds that Korea was a former Japanese colony and the people would be angry if they arrived carrying items from Japan.

There were more ominous signs.

As the ship was tying up in Chongjin port, a young man who had been in the same class as two men on the ship stood on the wharf and shouted: “Don’t get off the ship! Go back to Japan.” It was, however, too late.

“As soon as I arrived, I realised that what we had been told in Japan was completely false,” she said. “My first thought was to stop my family, who were planning to follow me to North Korea soon. I used a variety of methods to convey messages to my family asking them not to come.”

Fortunately, they received and understood her carefully worded letters, but Kawasaki had to try to make a new life for herself.

Assigned to a provincial city 500km from Pyongyang, it was like travelling back in time. Placed in a school dormitory, she battled bed lice and appalling food of potatoes and corn seasoned with salt. Some of the returnees became malnourished, many developed tuberculosis. Others suffered mental problems brought on by homesickness, Kawasaki said.

One of only eight women in a university class for chemical engineering, she later went to work in a factory. Still, life was difficult as “returnees” from abroad were viewed with deep suspicion and were discriminated against. That discrimination also affected her North Korea-born husband, who was not able to progress in his chosen career after he married her. His mother was so upset that she tried to convince him to divorce her. 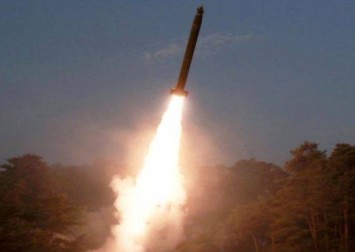 Times were difficult and Kawasaki had to ask her family in Japan to send them clothes and household appliances. Things got even worse in the mid-1990s, when the nation was struck by a famine that the state refers to as “The Arduous March”.

“During the Great Famine, the bodies of people who had starved to death were strewn about the streets of my city,” she said. “People who lived in the city often died at home, but many people who came to the city from far away in search of food died outdoors.

“Many died on trains, in waiting rooms at train stations, and many more died on the streets after exhausting themselves.

“People did everything they could to eat: murder, robbery, fraud. Many of the bodies I saw were in a terrible condition, such as the body of a child who had been pushed off a train and suffered serious head injuries and the body of a man whose legs had been cut off. Many of my acquaintances also died during this period.”

Kawasaki’s family survived as she was able to trade on the black market and had contacts among wealthy party officials. But then, in 1998, her husband died in an accident.

Desperate, she made up her mind to defect, although it took her several years to save the money to pay a broker to get her over the border and arrange marriages for all her children so they would have some security.

After 18 months living on her wits in China, Kawasaki was able to return to Japan in 2002. After initially being able to write and call a couple of times a year, however, it has now become virtually impossible to contact her children.

Kenji Fukuda, the lead lawyer in the case, is confident the court will side with the five plaintiffs, although wringing the 500 billion yen (US$4.5 million) they are demanding out of the North is likely to prove difficult.

“I am optimistic, since the injustice here is quite clear and the plaintiffs had experienced real suffering and they will testify to that before the court,” he said. 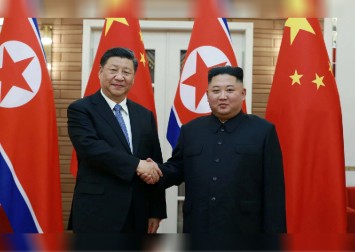 Legally, the only hitch might be that the statute of limitations has expired. But whatever the court rules, it is likely that North Korea will claim it has state immunity and is not subject to the jurisdiction of a Japanese court, Fukuda said.

Still, he said it was important to carry on with the case.

“This is the only way to obtain a legally binding decision to compel [North Korea] to pay compensation and bring them real justice,” he said. “The judgment will be an official record of their suffering and we hope it will serve as political pressure that forces the North to allow all those people who are still in North Korea to leave freely.”

Kawasaki said she decided to join the lawsuit against the North Korean regime to tell the world about the misery that Pyongyang had inflicted on her and the 97,000 other people it convinced to travel to “paradise”.

“We want to tell the world what they told us and did to us was wrong,” she said. “We went to rescue our relatives who are still in the North. We want them to come home. And I want to bring down the North Korean dictator and be reunited with my beloved family.”