A lawmaker's revival of an idea to build a nuclear power plant in Indonesia has triggered public debate over the pros and cons of the technology, particularly about its safety and efficiency.

The proposal came from Kurtubi, a member of House of Representatives Commission VII for energy affairs, among others, who demanded the government include that type of energy generation in the 2019 to 2038 National Electricity General Plan (RUKN).

He stressed that Indonesia needed to develop nuclear energy to meet the increasing demand for electricity because it made less of an impact on the environment compared to other energy sources.

"However, there is still hesitation to develop a nuclear power plant because of its high cost," Kurtubi said during a hearing with Energy and Mineral Resources Minister Ignasius Jonan in Jakarta earlier this week.

In response, Jonan said the government would be very cautious when considering the idea, while there were still many other energy resources in the country that had lower development costs than a nuclear power plant. "The prices of electricity from nuclear energy is less competitive," he added.

Meanwhile, state-owned electricity company PLN acting president director Djoko Abumanan said that nuclear energy had frequently been a topic of discussion, but the lack of legal basis had prevented the company from executing any nuclear power plant project. 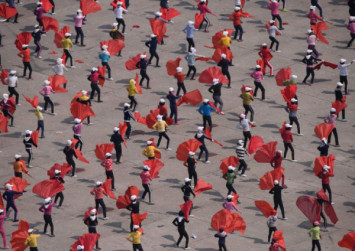 "We often talked about nuclear energy in focus group discussions, but when we wanted to execute, we would face legal barriers," Djoko said, adding that the company had also held comparative studies, including with the Rosatom State Atomic Energy Corporation in Russia.

Greenpeace Asia Tenggara's climate change and energy head Tata Mustafa expressed his rejection of the idea, stressing that the country needed to focus on the development of other renewable energy resources.

"The potential of solar energy is 207 gigawatts (GW), while the potential of wind farm energy reached 66 GW," he said as quoted by kontan.co.id, adding that he doubted the safety of nuclear energy, particularly because of the country's position on the Ring of Fire that was frequently hit by earthquakes.

Institute for Essential Services Reform executive director Fabby Tumiwa also opposed the plan. He said he was particularly concerned about the management of radioactive waste. "The life span of a nuclear power plant is only 50 years, but radioactive waste will exist for thousands of years. Who will be responsible?" he asked.