Around seven years ago, a female student from the University of Indonesia was about to meet her idol but little did she know that the meeting would haunt her for the rest of her life.

The idol, noted poet Sitok Srengenge, who was also one of the curators of the Salihara arts community, granted her an interview request as part of her poetry studies.

The student and Sitok agreed to meet at the poet's dorm but what was supposed to be an interview session turned out to be something entirely different.

Sitok allegedly plied the student with alcoholic drinks and then raped her. Using his manipulative influence on the young girl, he is alleged to have raped her repeatedly on different occasions until she became pregnant.

After falling into depression and contemplating suicide, the student, with the help of her lecturers and friends, found enough courage to report Sitok to the police in November 2013 and the case became public.

A couple of weeks after the report, two more women stepped forward and also accused Sitok of rape. The police took almost a year to name Sitok a suspect in October 2014.

Until now, however, Sitok has never faced trial for his alleged crimes.

Sitok lives a quiet and regular life despite the occasional incident, such as when two activist groups - One Billion Rising Yogyakarta and the Yogyakarta Women's Network (JPY) - successfully called for him to be removed from the lineup at a 2015 writing event in Singapore, while his alleged victims were still waiting for justice to be served.

In addition, Sitok's circle of friends, which includes influential figures from Indonesia's arts and cultural community, perhaps surprisingly, defend him by blaming his alleged victims for being willing to go to his home in the first place. 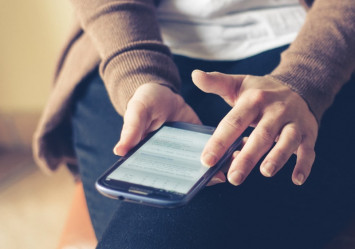 The slow progress of Sitok's case is a summary of everything that is wrong with how Indonesian society handles sexual violence; from victim blaming to the preservation of a rape culture through apologetic behaviour, even from those who are supposedly against it.

Sitok's case is just a tip of the iceberg. Sexual violence in Indonesia is systemic and widespread, intimidating hundreds of women.

A joint study by sexual violence survivor advocacy group Lentera Sintas Indonesia, feminist online magazine Magdalene and online petition portal change.org released in 2016 showed that out of the 25,213 respondents, 1,636 said they had been raped and two thirds were minors. Around 93 per cent of these victims did not report the incidents.

Countless stories online describe how victims were too scared to report an attack or incident to the authorities for fear of repercussions from friends or family of the perpetrator.

One boy had been repeatedly assaulted by neighbours, but after his family reported the crime, they were forced to leave the neighborhood because of intimidation from neighbours who thought the family was stirring up trouble.

It is cases like these and a rapist-protection culture that drive survivors away from reporting, keeping the number of reported cases much lower than actual incident counts.

Anindya Restuviani, co-director of Hollaback! Jakarta, a group that documents cases of sexual assault and harassment across the world, said that many people in authority still partly attributed the harassment to the victim.

"Even the police are reluctant to pursue sexual harassment cases because of the lack of a legal framework," she said. 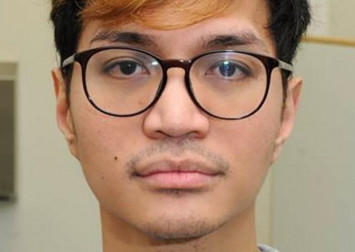 Even worse, sometimes the victims face charges against themselves relating to their own sexual assault or harassment cases.

For example, a woman, who accused self-styled spiritual guru Aa Gatot of raping her repeatedly over nine years and forcing her to end her pregnancies, faces defamation charges as the result of a counter-complaint, Vice Asia has reported.

Gatot's legal team asserted that she was addicted to sex, could not have been raped by the same man multiple times, and only wanted something out of Gatot.

"The laws that we have surrounding sexual harassment either protect the perpetrators or worse, criminalize the victim," Anindya said, referencing Indonesia's Electronic Information and Transactions (ITE) Law and Pornography Law.

Institutionally, it can be difficult for victims to prosecute due to legal restrictions in handling the cases.

Facing their abuser in court is often distressing for the victim. This deters people from pursuing the case or taking it to court in the first place and it is made worse by some media outlets that prefer to focus on the victim and sensualize their appearance.

Widespread acceptance of rape myths, such as a victim's dress style inciting a perpetrator to act, also contributes to the feeling of entitlement among rapists and their apologist peers.

This is made worse when the police are the ones who accept the myths and place the blame on the victim. 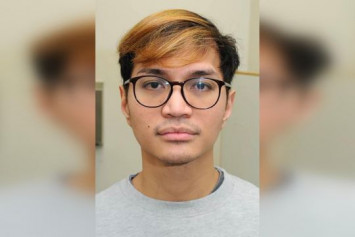 Indonesia still has a long way to go to deal with sexual violence cases properly.

For now, Anindya said, what activists and advocates alike needed to do was to educate the public even more on what should be talked about when it came to assisting the victims.

"Putting more of a burden on the victim by saying 'you should've done this' […] is the same as blaming the victim for doing something that is out of their control," she said.

"Let's shift the conversation to what bystanders should do when they see harassment occurring,"

"As for the victims, we should tell them to stay strong, that we believe you and we've got your back."