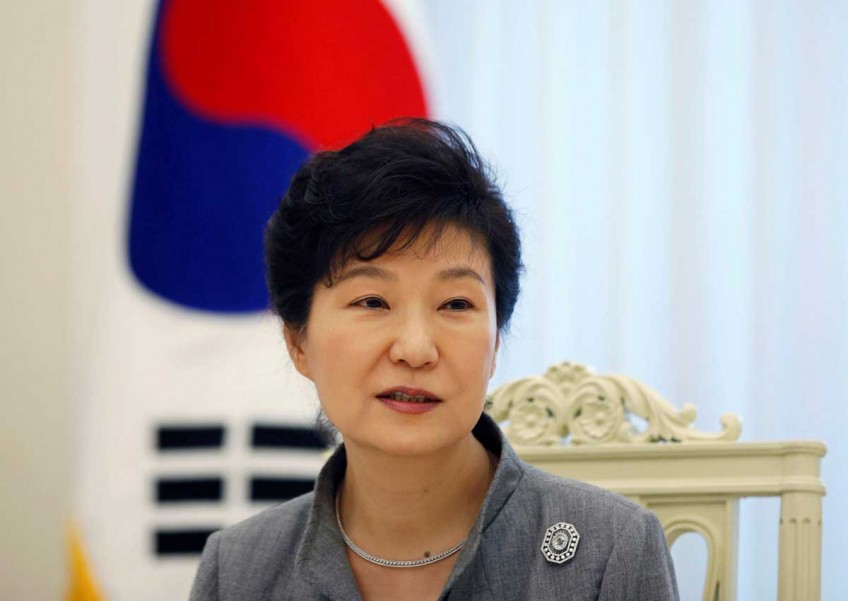 Following the Constitutional Court's decision to confirm her opposition-led parliamentary impeachment, Park Geun-hye was immediately stripped of her status as president of South Korea.
Reuters

Park Geun-hye, South Korea's first democratically elected leader to lose office through impeachment, now faces possible prosecution as a civilian, just like her jailed friend Choi Soon-sil, over the scandal that has rocked the country since late last year and ultimately brought down her administration Friday.

The Constitutional Court's decision made Park subject to prosecutorial questioning as a criminal suspect, depriving her of the presidential immunity to criminal liability.

The Seoul Central District Prosecutors' Office is expected to take over the investigation into her criminal charges, including bribery and abuse of power, from independent counsel Park Young-soo, who investigated the scandal for 70 days through Feb. 28.

"Prosecutors usually request an arrest warrant if suspects express their intention to reject summons," said Kwon Young-gook, a member of the Lawyers for a Democratic Society, or Minbyun, referring to the possibility of Park being summoned at any moment.

Prime among charges against Park Geun-hye is her dubious connection to the country's top conglomerate Samsung Group. Its de facto chief Lee Jae-yong is being detained on charges of having allegedly bribed Park's confidante Choi in the form of donations to her makeshift nonprofit foundations.

The counsel concluded Park was an accomplice to Choi in attempting to extract 43 billion won ($37.6 million) from the technology giant, saying the two friends "shared economic interests."

The prosecution's special investigation unit will look into whether Lee permitted the donations with the intent to induce Park's support -- or pressure the government -- for a controversial merger last year between two affiliates, Samsung C&T and Cheil Industries. The integration facilitated Lee's takeover of corporate control from Lee Kun-hee, his incapacitated father and the group's chairman.

Other corporations, including SK and Lotte, the country's third and the fifth largest conglomerates, respectively, are also facing investigation under similar allegations of giving money to Choi's two foundations, the Mir and K-Sports foundations.

In addition to the bribery charges, Park is also suspected to have colluded with Choi on the promotion of Lee Sang-hwa, a former executive in charge of global sales at KEB Hana Bank.

Park then allegedly facilitated Lee's promotion through former presidential secretary An Chong-bum, who repeatedly called the Hana Financial Group chairman to promote him to an executive post.

Park's legal team has defended the move as "part of her efforts to give opportunities to those with a great proficiency."

State prosecutors will also examine the Park administration's blacklisting of what it viewed as dissident cultural figures, which the counsel called "a systematic crime" carried out under the president's command.

After the blacklist fanned backlash within the Ministry of Culture, Sports and Tourism, Park allegedly pressured senior ministry officials to demote and then sack the opponents. Seven high-ranking officials, including former presidential chief of staff Kim Ki-choon and former Culture Minister Cho Yoon-sun, have been indicted over the issue, which was used to sever state funding and other benefits to those blacklisted.

Another allegation involves illegal anti-aging treatments performed by "shadow doctors" who were not part of the president's official medical staff.

Among five indicted on related charges is Kim Young-jae, who runs a luxury anti-aging clinic in southern Seoul that was reportedly frequented by Choi and her family.

Kim was hired as a professor at Seoul National University Hospital's Gangnam centre in July 2016, a position typically given to specialists with training and expertise in a specific area, rather than general practitioners like him.

Kim also gained traction as a possible actor that may shed light on Park's whereabouts during the "missing seven hours" on the day of the deadly sinking of the Sewol ferry in 2014. During parliamentary questioning, he admitted to having visited Cheong Wa Dae "several times" along with his wife Park Chae-yoon, who was arrested on charges of bribing An, though not that day.

As Cheong Wa Dae failed to clarify the suspicions, the independent counsel attempted to raid the presidential office, but was blocked by officials on security concerns.

State prosecutors may renew the search efforts again to collect key evidence ahead of the questioning of Park.