In India and China, farmers fret as drought and heat threaten rice harvest

More than 90 per cent of the world’s rice is produced and consumed in the Asia-Pacific region.

In June, when Mahendra Pratap began planting his rice paddy fields in Kannauj, a district of India’s Uttar Pradesh state, he was hoping for a good harvest.

The year before torrential rain had destroyed his crops and he did not receive any help from the government.

But during the recent monsoon season, he encountered just the opposite problem: Too little rain. By August, 90 per cent of his crop had wilted.

“This year the land is barren and again we did not get help from the government,” Pratap said in a phone interview, adding other farmers have been hit by the same problem.

Extreme weather across the world’s major rice producing countries including India, China and Pakistan is threatening global output of the grain this year, possibly affecting more than 2 billion people in Asia that depend on it as a staple food, experts say.

Even against a backdrop of soaring food prices this year, rice has remained largely affordable due to four years of plentiful harvests previously.

But a confluence of factors, including the high cost of fertilisers following Russia’s invasion of Ukraine, a record heatwave and drought in China, low rainfall in India and massive monsoon floods in Pakistan are threatening yields and driving up prices.

More than 90 per cent of the world’s rice is produced and consumed in the Asia-Pacific region, according to the Food and Agriculture Organisation of the United Nations (FAO).

China is the world’s largest producer and importer of rice. However, it is largely self-sufficient and maintains a rice stock of more than 100 million tonnes, according to Guillherme Campos, manager of international business advisory with Dezan Shira & Associates in Hong Kong.

“Due to the drought, China’s rice yields will be affected, and thus may affect the export capacity,” said Campos. However, imports, while likely to rise, are unlikely to be “unreasonably high”, he added.

China exports rice primarily to the Philippines, South Korea and Japan, but it is not a major global exporter.

India, however, is the world’s largest exporter of the grain, helping feed the populations of at least 150 countries. Threats to production have fuelled fears that India will block exports, prompting the government to issue an assurance that a blanket ban is highly unlikely. In May, India banned wheat exports after a record heatwave choked local output.

A week ago, Indian media reported the government is considering a curb on exports made up of 100 per cent broken rice, which accounts for most of China’s rice imports from India and is used to feed livestock.

Global rice supply is expected to fall by 4.1 million tonnes to 697.3 million tonnes in 2022-23, primarily due to reduced production in Bangladesh and India, according to a report released by the US Department of Agriculture (USDA) on Aug 12.

Although the first of China’s three rice crops was harvested under normal conditions, ‘middle rice’, the second crop, is now entering the heading and flowering stage, which is “the most sensitive period to temperature and water”, he said.

Fields without irrigation will bear the brunt of the record high temperatures, he added.

Even before the drought, China’s rice exports declined in the first seven months of 2022, down 18.42 per cent year on year, according to Chinese customs.

China’s exports to South Korea and the Philippines will be the most affected by the drought, but there will be limited impact on Japan, analysts said.

The Japanese prefer the Japonica variety of rice that is grown in northeastern China, which has escaped drought this year, said Shirley Mustafa, a rice market analyst for the FAO. But she added it was too early to tell the impact of the drought on the “middle rice” harvest.

Given China is not a major exporter of rice, importers can turn to other rice producing nations, analysts said. But threats to China’s harvest are being taken seriously by neighbouring countries.

In the Philippines, one lawmaker has sounded alarm that rice supplies could be affected by the drought in the Yangtze River basin and have urged the government to secure procurement contracts with Vietnam and Thailand, the world’s second and third largest rice exporters.

However, Thailand and Vietnam have agreed to cooperate in raising rice prices in the global market to increase leverage and boost the incomes of local farmers. 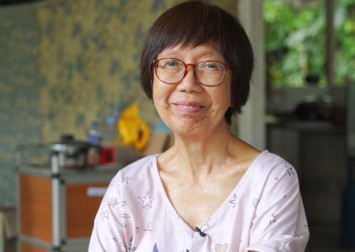 The Philippines imports large quantities of rice from the countries and is already grappling with sustained food price rises and a depreciating peso.

Meanwhile, India, which accounts for 40 per cent of the global rice trade, recorded considerable rainfall deficits in key rice producing states such as Uttar Pradesh, Bihar, Jharkhand and West Bengal between June and August, according to the meteorological department of India.

“The government is soon going to have a meeting with states to review the food grain situation,” said Kaul.

So far, rice production is up for 2021-22 at 130 million tonnes, 6 million tonnes higher than the previous year, according to India’s agriculture ministry.

However, the rain-deprived 2022-23 crop, which will be harvested in October, may not be as strong.

“In some states like Uttar Pradesh, Bihar and West Bengal, the paddy sowing area has reduced and with less rainfall, overall productivity will be less in India,” said Rahul Chauhan, director of IGrain India, which provides commodity updates and insights.

Despite the shortage of rainfall, Kaul said the decline in output is not likely to be as significant given India’s rice production for 2021-22 is at record levels.

Raghunandan Singh, who owns two-and-a-half hectares of land in Uttar Pradesh, is one of the Indian farmers who has watched his crop turn to almost nothing.

“We have two main crops, rice and maize,” the 50- year-old said. “This time we did not get enough rain, so we are sitting on empty hands. What can we do?”