As India looks to Namibia for cheetahs, will it be a 'waste of taxpayers' money'?

A handout photo. The Kuno National Park in Madhya Pradesh was chosen for its grassland environment.

Conservationists have expressed concern about the return of cheetahs to India, with the giant cats set to make a comeback in the country after centuries of hunting and human encroachment wiped them out across India in 1952, when a maharaja hunted down the country’s last cheetah.

Eight African cheetahs will arrive next month in India from Namibia, home to the world’s largest population of cheetahs, as part of a deal between the two countries that spans collaboration across climate change, waste and wildlife management.

The giant cats will arrive in time for India’s 75th Independence Day on August 15, and they will be housed at the Kuno National Park in Central India’s Madhya Pradesh.

While Indian authorities and national park officials are looking forward to the arrival, conservationists are concerned about the move and the survivability of the fastest animal on land, in a new environment.

Anish Andheria, president of the Wildlife Conservation Trust, said that Kuno Park’s 1,400 sq km of grassland interspersed with woodland is not “the best cheetah habitat”, which would ideally be pure grassland. However, he thinks it should just about be “adequate”.

“African cheetah experts have visited the park and approved it although ideally, cheetahs need vast areas of 3,000-4,000 sq km to run around in, particularly male cheetahs. It’s hoped that they will adapt,” Andheria said.

India also plans to transport more cheetahs from South Africa, in batches until India has 50 African cheetahs. But no formal agreement has been made so far.

Indian Environment Minister Bhupender Yadav said that the return of cheetahs would “rekindle the ecological dynamics of the landscape”.

Kuno Park, a wildlife sanctuary, was chosen for its grassland environment and abundance of prey for the cheetahs. Over the years, the park has worked with authorities to move villages along the park’s perimeter, to reduce human-animal conflict and create an undisturbed habitat for animals.

India’s plan to bring back the African cheetah has been in the works since 2010. It had planned to obtain the giant cats from Iran, which has the same Asiatic cheetah that used to roam India before it died out. But Iran declined as it had few cheetahs.

When Indian authorities turned their focus to the African cheetah, a different subspecies that had never existed in India, the Indian Supreme Court expressed doubt about the animal finding a “favourable” habitat at Kuno Park and sought a more detailed relocation plan from the government.

In 2020, the court approved the project for a one-year trial.

Dr Adrian Tordiffe, a South Africa-based specialist wildlife veterinary surgeon who was involved in the reintroduction, told ThePrint news site there are some small morphological differences between the African and Asian cheetahs that are “unlikely to be significant in terms of their ability to survive in different environments”.

But conservationist Valmik Thapar told The Indian Express that the project was a “waste of taxpayer’s money” as India had neither the space nor the prey species the cheetah required. “If nothing else, the thousands of village dogs around the Kuno Park will chase it away.” 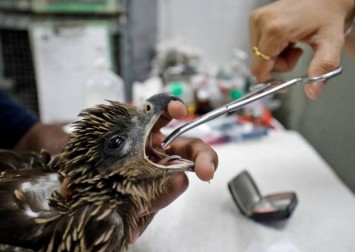 “You can reintroduce cheetahs in a fenced enclosure of 100-200 sq km. You can make sure that they are hand-fed or baited. And you can have people coming in to watch the animals, as in a drive-in enclosure. But reintroducing it in the wild is impossible,” Thapar said.

Thapar’s views are echoed by some other conservationists who believe India should concentrate on protecting its own indigenous species rather than instead of reintroducing the African cheetah.

Conservationists also believe that the funding on the cheetah project, what some critics have called a “vanity project”, could be better used and directed towards saving caracals (wildcats), wolves or the Great Indian Bustard (a large bird with an ostrich-like appearance), which are all highly endangered species in the country.

Only about 7,000 cheetahs remain in the wild globally, with most of them in African savannahs. The animal is classified as a vulnerable species under the International Union for Conservation of Nature’s red list of threatened species.