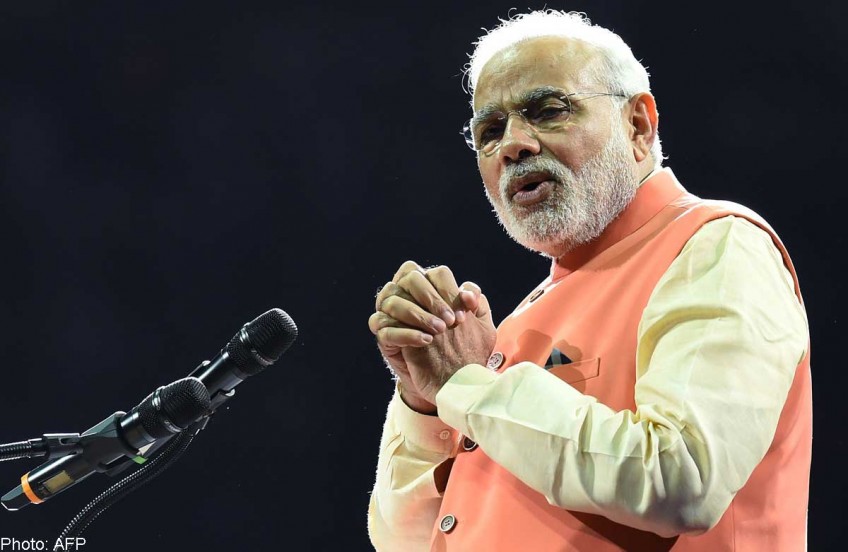 India is at risk of under-playing a growing political crisis in the Maldives that is rolling back democratic reforms and could trigger further unrest.

India's arm's-length approach could also offer regional rival China a greater chance to strengthen its economic ties with the Maldives, at a time when New Delhi is trying to curb China's influence in neighbouring Sri Lanka and elsewhere in the Indian Ocean.

Earlier this month, former Maldives president Mohamed Nasheed was sentenced to 13 years in prison on terror charges for ordering the arrest of a judge three years ago, in a trial many said was flawed.

The defence had little time to prepare for the trial, which lasted 20 days, with the sentence confirmed by President Abdulla Yameen's office. Thousands of Nasheed's supporters continue to hold protests and rallies against the ruling.

India's ministry of external affairs said that it was "concerned at recent developments", including the arrest and manhandling of Nasheed.

But questions are being asked why India hasn't been more forthright.

Prime Minister Narendra Modi recently wrapped up a tour of Indian Ocean island nations Seychelles, Mauritius and Sri Lanka, but dropped a visit to the Maldives.

"It is a challenge (for Indian diplomacy). Not just because Nasheed was favourable to India, but because it has unleashed a factor of instability and strengthened consolidated forces that are not favourable to India," said South Asia expert Professor S. D. Muni, of the Institute for Defence Studies and Analyses.

"And the whole process of democratisation of the Maldives, which started earlier in 2008, seems to be reversing. We should take it seriously."

Strategic expert C. Uday Bhaskar, a retired Indian Navy commodore, said: "India can try and influence and persuade. But India has to move gingerly, otherwise the anti-India faction will play it up, as it has happened so many times in the past. You don't want to be seen to be overbearing on domestic issues."

It is unclear if a visit by Indian foreign secretary S. Jaishankar next month will go ahead. Instead, New Delhi is looking to build up diplomatic pressure against Maldives through multilateral bodies, such as the Commonwealth.

The Maldives has had a turbulent path to democracy. In 2012, Nasheed, its first democratically elected leader, stepped down in what he said was a coup.

The island nation went from crisis to crisis until November 2013, when a fourth attempt to hold elections was successful. Mr Yameen is the half-brother of Mr Maumoon Abdul Gayoom, who ruled the Maldives for 30 years in what many describe as autocratic rule.

Adding to concerns is the rise of Islamic fundamentalism, with estimates that about 200 Maldivians are fighting with the Islamic State in Iraq and Syria group.

Sunni Islam is the Maldives' state religion. Since taking office, President Yameen has sought to promote a more conservative form of Islam among the population.

But it is the jailing of Nasheed, who famously held a Cabinet meeting underwater in 2009 to highlight the dangers of climate change, that risks deepening the political crisis.

The Maldivian government does not want India to directly intervene, but Nasheed's Maldivian Democratic Party wants India to step in.

"President Nasheed has very blatantly called for Indian intervention. The intervention is to bring (the government) back to the table and ensure a fair trial," Mr Hamid Abdul Ghafoor, spokesman for International Affairs, Maldivian Democratic Party, told The Straits Times from Colombo.

"There is no dialogue, as the government has refused to speak to the opposition. There is no internal security, and we have a runaway judiciary. We expect everything from India."

Analysts said mishandling of the crisis could give China further access into the island nation.

China, which opened an embassy in 2012, has provided loans, and built the national museum and foreign ministry office buildings, with Chinese President Xi Jinping undertaking a historic first visit in September last year. Chinese tourists also make up 30 per cent of visitors to the country.

"India should make sure not to be seen as being the big brother. At the same time, nobody else should step in, such as China or Pakistan. I think that is the kind of tightrope India would have to walk," said former Indian foreign secretary Lalit Mansingh.