NEW DELHI - An Indian court sentenced a businessman and his servant to death Monday (July 24) for the murder of a woman at a mansion dubbed the "House of Horrors", where 18 other victims were found butchered.

Moninder Singh Pandher and his groundskeeper Surinder Koli were found guilty at the weekend of the rape and murder of 20-year-old Pinki Sarkar, whose skeleton was found along with other human remains near Pandher's house outside New Delhi in 2006.

Her murder case was described in court as the "rarest of the rare", a criterion for the passing of the death sentence in India.

"The prosecution presented a watertight case against the accused and the judgement is appropriate," R K Gaur, a spokesman for India's federal Central Bureau of Investigation, told AFP. 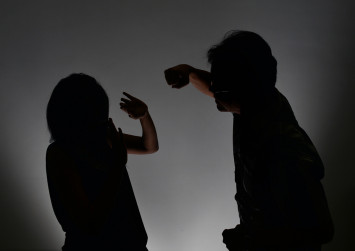 Pandher and Koli had been sentenced to death in 2009 for the killing of a 14-year-old girl, but the businessman was cleared by a higher court months later.

The grisly killing spree sparked nationwide outrage as police recovered skulls, bones and the decomposing remains of missing persons from a sewer next to Pandher's home in Noida outside the capital.

Most of Pandher and Koli's alleged victims were children and women from nearby slums who disappeared without trace between 2005 and 2006.

Koli has been sentenced to death for six other murders related to the house, and faces similar charges in nine more instances.

Pandher is facing four more murder charges. Police initially believed he was not aware of the killings but he was later ordered to stand trial for rape and murder.

Investigators said Koli lured victims as young as three from the slums to Pandher's house, where they were raped and murdered before being dumped in nearby drains.

Koli allegedly confessed to raping the corpses of his victims and even eating human remains, believing cannibalism cured impotency, but later retracted his statement.

Slum residents living nearby said 40 people, mostly children, had gone missing since 2004 and accused police of ignoring their complaints.

Six police officers were sacked in 2007 for negligence over their handling of the case, prompting the federal bureau to take over the investigation.