The proud new owner of a third-hand liver says he’s “feeling good and hoping for a full recovery” following a landmark surgical procedure by doctors in the Indian capital.

Doctors at the Max Hospital in Saket, New Delhi, saved the life of Anil Kashyap when they performed a liver transplant on the father-of-two on October 6.

But this was no ordinary transplant – and no ordinary liver. In an incredibly rare procedure, doctors used an organ that had previously been transplanted into another patient – one who had died at another hospital in the capital after his body rejected it.

After the death of the first patient, an alert went out to hospitals across the capital that the man’s organs were available for donation, including the already once-transplanted liver.

However, initially there were no takers.

“Patients feared [the liver] might be defective, they worried that the first transplant patient would have already been in intensive care for over a week and caught infections, and they feared an already rejected liver might be rejected again,” explained Dr Subhash Gupta, chairman of liver transplant and biliary sciences at Max Hospital.

Out of 21 patients awaiting a liver transplant at Max, 20 declined, despite belonging to the relevant blood group.

Only Kashyap, a software engineer who works for the Indian government, was willing to take the chance. After two years of battling liver failure, Kashyap’s condition was critical and there was no potential donor in his family.

Dr Gupta and his team then went to inspect the liver. “We checked the medical records to make sure the right drugs had been used in the first transplant, we checked the blood culture and because it all looked good, we went ahead,” Dr Gupta recalled. 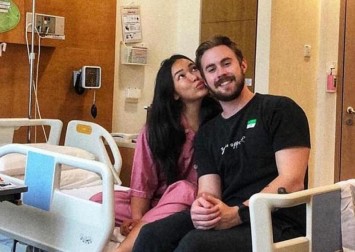 As time was of the essence as soon as they had established the liver was in good condition, Dr Gupta’s team began removing Kashyap’s diseased organ to get him ready for the transplant. Within three hours, the liver had arrived at Max Hospital and the transplant could proceed.

A previously transplanted liver carries a higher risk of rejection, so the next few days will be crucial to Kashyap’s recovery. He is already off the ventilator and able to walk in his room.

Kashyap said he had no qualms about the liver.

“I had been running around up and down the country for two years before I finally came to Dr Gupta. I desperately needed a liver and the only issue was that it should be a good quality liver, that’s all, not that it had already been used for an earlier transplant,” said Kashyap, 55.

“I am feeling good and am hoping for a full recovery,” he added.

Dr Gupta was cautiously optimistic. “We have done a liver biopsy and put him on steroids and are happy with his progress. He is doing well and should be all right.”

An estimated 50,000 Indians need a liver transplant every year but only 800-1,000 transplants are performed during the same period owing to the shortage of cadaveric donors.

Dr Gupta said transplanting a liver for a second time was almost unheard of. “I’ve been in this business for 30 years and have heard of only very, very rare cases,” he said.