CHENNAI, India - A seven-year-old Indian girl has complained to the police to have her father arrested after he failed to build a toilet in their home as promised, police said on Wednesday (Dec 12).

Millions of Indians do not have access to sanitation and open defecation is a problem, even in developed, industrial states.

The girl, E. Hanifa Zaara, didn't want to go out in the open and won a promise from her father to build a lavatory indoors, said police officer A. Valarmathi.

But when no toilet was built, she went to the police to lodge a complaint, officer Valarmathi said over the telephone from the southern town of Ambur, 100km from the city of Chennai. 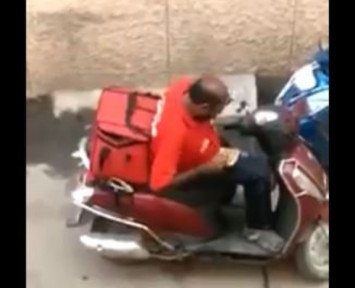 "The girl was adamant on having her father arrested as she felt cheated," officer Valarmathi said.

"We then rang up her father, called him to the police station and made them shake hands and compromise."

Prime Minister Narendra Modi's government has been pushing a campaign to build 100 million toilets over five years, but the drive has not covered large parts of the country.

The Times of India said the father told police he had twice asked the municipality for aid under Mr Modi's campaign, known as Clean Indian, but there had been no response.

The campaign, supported by big companies and Bollywood actors, has raised awareness of the ills of open defecation.

Last year, a Bollywood film, Toilet: A Love Story, which drew inspiration from Mr Modi's sanitation drive, sought to turn the topic of hygiene into a mainstream issue.

The movie depicted a dispute between a young couple over an inside toilet - which many Indians, especially in the countryside, consider unclean.