Indian maid says she was burnt, beaten and forced to drink urine 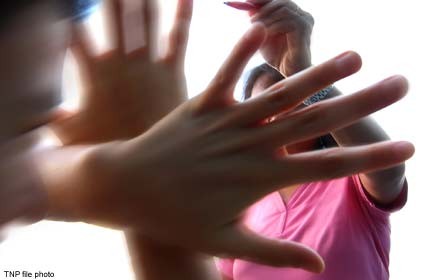 NEW DELHI - A teenage Indian maid rescued last week with horrific injuries has alleged her employer forced her to drink urine, kept her naked in the bathroom and burnt her with a frying pan, reports said Saturday.

The young woman was speaking to the media Friday after being rescued by police from a home in an upscale New Delhi neighbourhood following complaints by neighbours.

Police say the teenager had been tortured by her employer, a 50-year-old Indian woman working for a French multinational.

"(My employer) forced me to drink urine, kept me naked in the bathroom and would singe me with a frying pan and hit me with a broom," the maid told The Hindustan Times newspaper.

"She would laugh after beating me," the girl alleged.

The girl also alleged her nails were pulled out and a piece of paper on which she had written down the telephone numbers of her relatives had been torn up, The Indian Express reported.

After her rescue last week, social rights campaigners said she had been slashed with knives and mauled by dogs.

The girl's account has focused the spotlight on abuse of domestic servants, including children.

The employees are sometimes trafficked from remote and poverty-stricken Indian states to urban centres and toil for long hours in homes for little and or no pay.

The teenager, who was initially reported to be 15 but is around 18 according to police, spoke to journalists in hospital where she is recovering from multiple injuries all over her body, including a deep gash on her head.

The maid recounted her alleged ordeal in detail after being reunited with her mother Friday, the English-language daily said.

Photographs showed the girl hugging her tearful mother inside a hospital room.

The girl, from the impoverished eastern state of Jharkhand, told police after her rescue that she had been working for her employers for the past year.

Social rights activists who assisted in the police rescue said she was slashed with knives and mauled by five dogs kept as pets by her employer who lived with her 85-year-old mother in the house.

The employer, who has been arrested and is facing charges of illegal confinement and assault, has denied the allegations and has accused the teenager of being mentally unstable.

Charges would not be pressed against the employer's elderly mother on account of her age, police said.

Reports of impoverished domestic servants being abused by their rich employers frequently appear in Indian newspapers.

In April last year, police arrested a wealthy doctor couple who locked up their 13-year-old maid while they went away on holiday.

She was rescued by firefighters when neighbours spotted her crying on an outside balcony.

In 2006 India passed legislation banning employment of children under 14 in households, roadside eateries and hotels, but the law is widely flouted in the country of 1.2 billion people.