India is witnessing a sharp surge in ‘panic’ or ‘distress’ weddings following the government’s proposal to raise the legal age women can wed from 18 to 21, the same as men.

Girls in their late teens are being rushed into marriages by parents worried that the Prohibition of Child Marriage (Amendment) Bill 2021 will become law and they will have to either wait for their daughters to get hitched or face the wrath of the justice system.

They are willing to pay triple fees or are desperately searching for potential suitors, amid reports of priests being rushed off their feet and some ceremonies taking place in homes as marriage venues are jammed.

The bill, rushed through parliament last month with little debate aiming to increase gender equality and eradicate child marriages, is being scrutinised by a parliamentary committee.

Women and Child Development Minister Smriti Irani, who introduced the bill, said the move to raise the legal age was a “decisive step” in India ’s history. The country is still a conservative society where women marrying at a young age is not out of the ordinary and underage marriages are common, especially in rural areas.

The data also revealed 23.3 per cent of women aged 20-24 were married before the age of 18, although that is illegal. Around 635,000 households took part in the survey.

Despite the figures and the difficult lives of many young women behind them, the bill has created a public uproar.

Critics have pointed out that raising the marriage age could be a “recipe for disaster” and penalise young adult women. 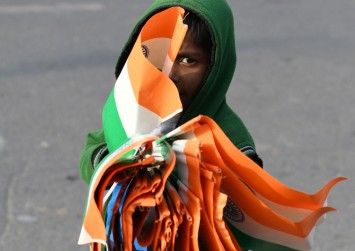 “The new law will control adult women’s autonomy while robbing them of their sexual rights to marry when they feel ready. If 18 year-olds can vote, drive, represent the country in Olympics and act in films, why can’t they tie the knot at that age?” asked Pratibha Kapur, a Delhi-based activist.

The impact of the proposed legislation is already being felt with rushed marriage ceremonies seen across several states. The brides were originally to wed this year or next, but parents have been scrambling to book priests or clerics. Some who have not yet found suitable matches for their daughters are desperately seeking them.

“We have three daughters who have finished their schooling/college and we’ve found good boys for them, so we’ll be holding a collective wedding for them later this month,” said a father in the south-central state of Telangana who did not want to be named.

He said decisions regarding a “sensitive topic” like marriage are “best left to the parents who know what’s best for their children”.

Even the UN defines child marriage as one in which one or both spouses are younger than 18, he added. In regards to India’s proposed bill, “this is an arbitrary governmental directive with no rationale where public opinion wasn’t even factored in. Why should we follow it?”

Some parents believe increasing the age women can get married would be a blow to tradition with potential adverse affect on their engaged daughters’ futures: they might elope with someone else or the groom might fall for a different girl. There is also concern the groom’s parents might increase the dowry amount.

Elsewhere, Indian families living in the Middle East and other countries also say they are worried about the bill but because of the pandemic are unable to immediately rush home to marry their daughters off.

Many concerned parents are moving at speed. In Telangana that led to a local Waqf board (a religious body) issuing a formal statement urging the Muslim community “not to panic”.

In Uttar Pradesh, more than 1200km (745 miles) away to the north, “people are willing to pay three times our normal rate for wedding services, but I have no dates available,” said a priest in the Muslim-dominated city of Lucknow. “My calendar is chock-a-block until the end of the month. Parents are desperate to settle their kids before the amendment kicks in.” 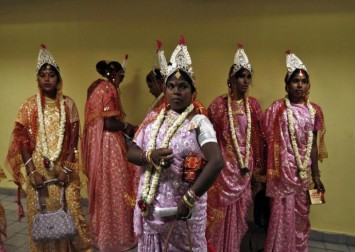 In the south, a government-appointed Muslim priest from Thiruvananthapuram, Kerala, said he and his colleagues were exceptionally busy. “We’re performing over two dozen Nikahs (wedding ceremonies) daily as against the earlier norm of three or four. Due to the huge rush on mosques and wedding halls, some of these ceremonies are even being solemnised at people’s homes.”

Women’s rights activists and family planning experts are worried. They fear that if the new law comes into force “it will lead to a tsunami of illegal marriages”. They also say existing laws have stated for decades that girls should not marry before 18 but, nevertheless, child marriages are still commonplace.

“What’s the guarantee that people will follow the new guidelines?” asked Kishori Aggarwal, a member of the Lawyers Collective, a human rights advocacy forum.

It would be wiser, she added, to provide better educational and employment opportunities for girls, facilitate micro loans for entrepreneurs and create an enabling ecosystem to empower them. “A coercive law will only push marginalised communities into law breaking,” she said.

Experts also point out that on average, women now get married in India at the age of 22.1, up from 18 a decade ago, without any legislative intervention.

“Access to schooling and jobs are key to tackling child marriages and ushering in gender equality, not raising the marriage age,” said Aggarwal.