A 17-year-old Indian student was killed on June 8 after he got into an argument with his classmates over a seat.

Ranjit Kumar Singh was attacked by a group of students in Deoria, India as he was leaving class.

According to a report, the teen got into a disagreement with the group on June 6, when he insisted on sitting in the first row of seats in their classroom at a training institute.

Their feud did not end there as the group was still angry with Singh. They hatched a plan to confront and attack him. 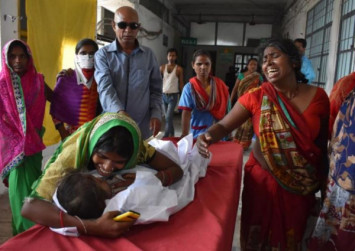 They stripped the teen to his underwear, used rods and sticks to beat him till he was unconscious, and crushed his head and stomach by running over him with their motorbikes.

Unfortunately, Singh died before he made it to the hospital.

Police said that five male suspects aged between 17 and 20 are involved in the case. They only managed to nab one of the suspects at the crime scene and they are still on the hunt for four others.

#Students #india #death #violence #In Case You Missed It