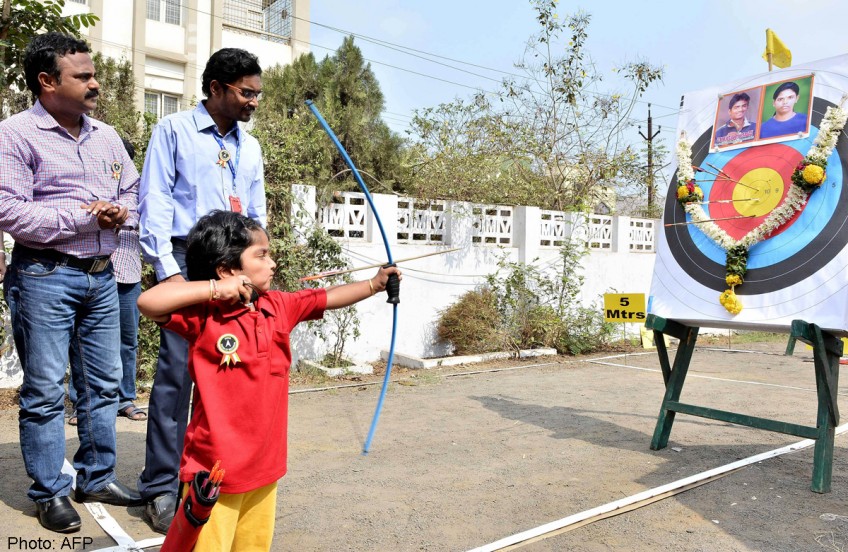 A two-year-old Indian girl groomed from birth to be an archery champion after the tragic death of her older siblings set a new national record on Tuesday, according to the India Book of Records.

Dolly Shivani Cherukuri was conceived through surrogacy after the death of her brother, an international archer and coach, in a road accident in 2010. The couple's eldest daughter had died in 2004.

On Tuesday - nine days before her third birthday - she became the youngest Indian to score 200 points over five and seven-metre distances according to Biswaroop Roy Chowdhury of the India Book of Records.

"She has become the youngest in the country to achieve the feat," Chowdhury told AFP by telephone from the southern state of Andhra Pradesh, where the successful record attempt was made. "It's a record which will be difficult to break."

Dolly's parents said they had arrows specially made for her out of carbon when she was first learning the sport to ensure she could carry them.

"When we came to know that the baby was on her way we decided to mould her as an archer," said her father Cherukuri Satyanarayana, who runs an archery academy. "The preparations started when she was in the womb itself," he told AFP by telephone.

Pictures showed the toddler posing for photographers with her golden medal and certificate after she fired 72 arrows in all in 24 attempts over the 5-metre and 7-metre distances.

India boasts a strong record of success in archery.