Hundreds of alumni of a private university in India accused of issuing fake degrees have been left in a state of limbo, as their employers in Singapore, Malaysia, Dubai, South Africa, the United States and Canada pressure them into proving that their qualifications are real.

For MBU graduates like SK*, a 33-year-old Nepali who has a visa interview at the US embassy scheduled for next month, the revelation has upended his future plans.

“I doubt I will get approved [for the visa] if I cannot prove my degree is authentic,” said the Nepalese government employee, who has sent three emails to the university seeking clarification that his degree is genuine – all of which bounced. “My future looks bleak,” he said, adding that his qualifications had been verified by credential evaluations provider World Education Services in 2018.

Singapore’s Manpower Ministry announced on February 17 that it was investigating 15 work pass holders who had said in their visa applications that their degrees were from MBU – further fuelling allegations that Indian nationals had been allowed into the city state to take jobs that locals could have done , despite the government maintaining that this is not true.

A This Week In Asia analysis found that some of the Indian nationals who had previously been identified by social media users in Singapore as MBU graduates have since removed any mention of the university from their profiles on professional networking site LinkedIn.

MBU offers courses in engineering and technology, computer science, management, pharmacy, law and the humanities. On its website, it lists a range of well-known multinational tech and consulting firms as recruiters of its graduates, who hail from as far afield as Afghanistan , Sri Lanka and Africa.

In India, more than 110 MBU graduates have banded together to apply for a court order to verify their academic transcripts. Some have encountered problems with their employers since news of the controversy broke, according to Amandeep Singh, a lawyer who is among the petitioners.

Their jobs could now be in danger if they are unable to get their transcripts verified, Singh told This Week In Asia . “Some people said that they have been marked as ‘doubtful’ by companies hired by their employers to do background checks,” he said.

Kamesh Kiran, director of the Bangalore-based screening company IBC India, said he had received requests from employers of MBU graduates in India, Canada, the US and Australia seeking verification of their degrees. He said his company had refused to run the checks, however, because it has no way to verify degrees issued by the university.

Last September – about a year after allegations that MBU was selling fake degrees first emerged – an administrator was appointed to run the university at the regulator’s recommendation.

Atul Kaushik, HPPEIRC chairman, said that this government-appointed administrator had sought permission to access copies of academic records that were seized as part of the investigation into MBU so that graduates’ transcripts could be verified, “but the court rejected the plea”.

Raj Kumar Rana, the university’s chairman, was arrested last June in connection with the case, but has since been granted bail. Nareshwar Singh Chandel, a lawyer for MBU, told This Week In Asia that Rana was innocent, and said unidentified “miscreants” were to blame for the scam.

“Between 2016 and 2019, the university complained to police that some miscreants had issued approximately 4,000 fake degrees in its name,” Chandel said.

The MBU controversy has cast a fresh spotlight on the issue of fake degrees in India, where private universities have previously been found guilty of selling bogus qualifications to “students” who never enrolled or attended any classes, let alone sat an exam.

Read Also
They fake it, but they can't make it 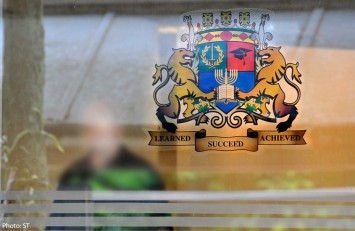 Scammers have also sold fake degree certificates in the name of recognised universities in the past, with the state-run University of Mumbai receiving more than 900 complaints between 2012 and 2016 about qualifications it did not issue, according to activist Vihar Durve, who obtained the details under India’s freedom of information laws.

Another source of spurious qualifications are educational institutions operating without the necessary approvals from statutory bodies such as India’s University Grants Commission (UGC).

Rajib Ray, president of the Federation of Central Universities’ Teachers’ Associations, said most fake degree scams in India involved private universities – a sector that has been booming since the 1990s following a surge in demand for IT and management courses.

“Indians love degrees because in an unequal India, a university degree is a great equalising factor,” he said, noting that only the best students are able to secure a place at the top government-run universities, with everyone else forced to pay more to obtain their qualifications from private institutions.

In 2019, 11 professors at government arts and science colleges in India’s Tamil Nadu state were suspended after their PhD certificates were found to be fake. That same year, the Education Ministry launched an investigation into six universities – including three public ones – that had been accused of selling fake degrees.

Maheshwer Peri – founder of Indian educational products and services company Careers360, who in 2015 won a legal battle against an unaccredited business school, forcing it to shut down – has called for the UGC to be “more coercive” in its approach to dealing with university malpractice.

But the statutory body is limited in the penalties it can mete out, according to Sukhadeo Thorat, a former UGC chairman, who told This Week in Asia that the maximum fine it can impose is capped at 1,000 rupees (US$13.62) under the 1956 act of parliament by which it was established.