India's first gun for women proves a hit - among men 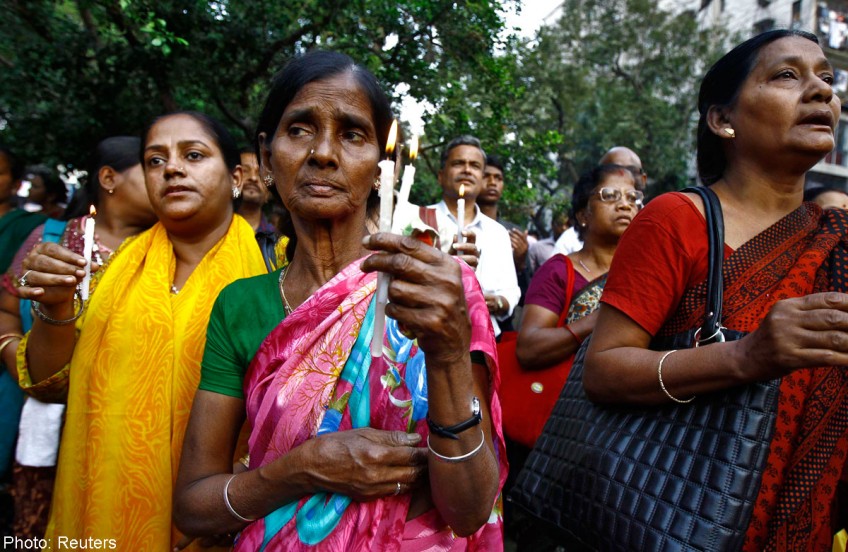 LUCKNOW, India - A lightweight revolver launched in the wake of a deadly 2012 gang rape in Delhi and billed as India's first gun designed for women has proved a hit - but only among men.

Sales figures for the Nirbheek, which means "fearless" in Hindi, show that just 28 of around 450 orders received so far have been for women.

The revolver was developed by a state-run weapons factory in the northern city of Kanpur after the death of a young student who was gang-raped in the capital sparked widespread fears about women's safety.

No one at the factory was available for comment, but women's rights campaigners said that at 140,000 rupees (around S$2,300) the weapon was unaffordable for the vast majority of Indian women.

"Expecting them to buy a revolver at this price is nothing but a cruel joke," said Madhu Garg, the local head of the All India Democratic Women's Association.

Activist Roop Rekha Verma said guns were not the answer to the problem of violence against women in India.

"Rape is essentially not a law and order problem and a revolver in a woman's purse is not going to prevent it," she told AFP.

"What is needed is a reformed mindset, stricter laws and a speedier justice delivery mechanism."