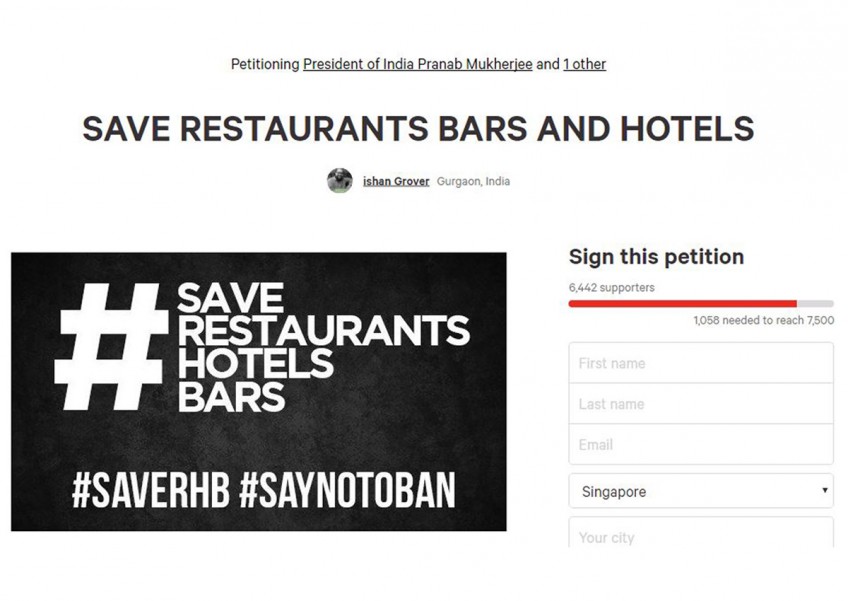 After India's apex court announced a ban on liquor sales along the country's national highways, vendors, restaurateurs and citizens are outraged.

The move aimed at reducing drunk driving incidents will likely result in the loss of a million jobs as well as make significant dents in the food and beverage industry.

Ishan Grover, a resident of Gurgaon in the National Capital Region, among the worst-hit areas, has started a petition titled 'Save Restaurants Bars And Hotels' on Change.org.

The petition requires 7,500 signatures for it to be heard by the president of India. It had earned over 6,150 signs at the time of writing.

Top restaurateur Zorawar Kalra, who's also signed the petition, was quoted in the Times of India as saying: "Since the intention of this move is to curb drunken driving, restaurants never encouraged that. We don't even allow people to carry liquor outside from the restaurant."

"There is a lot of investment and hard work that goes into running a restaurant... Many employees in the sector elsewhere will lose their jobs, and not just in NCR, but also cities like Mumbai," he added.

People took to social media to express their disappointment.

Come on, India! Ban the bans.