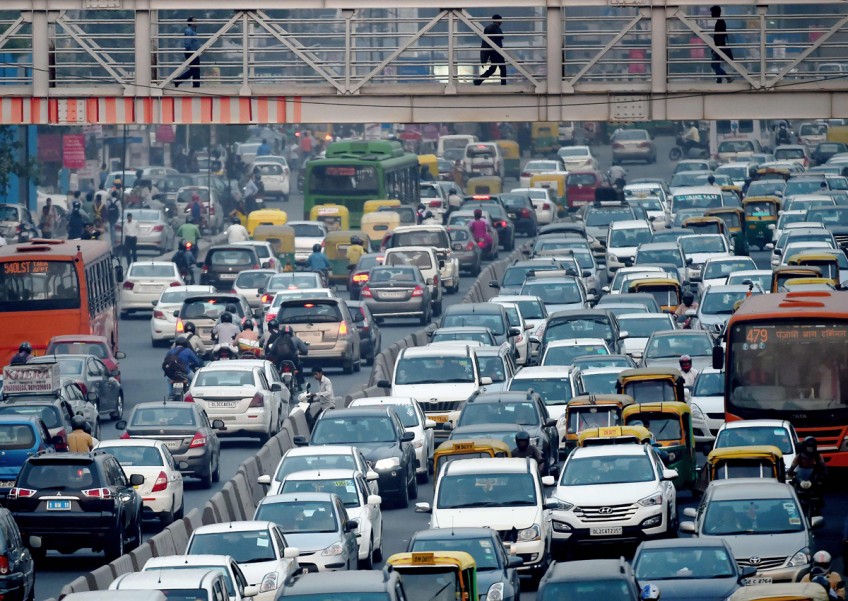 This file photo taken on October 15, 2015 shows commuters in their vehicles clogging a road in New Delhi.
AFP

New Delhi - New Delhi on Friday imposed driving restrictions that will take around a million cars off its roads for the second time this year, seeking to improve air quality in the world's most polluted capital.

The Delhi government first introduced the experiment for two weeks in January as dangerous levels of haze choked the city and authorities said they were bringing it back for another 15 days by popular demand.

"Odd-even is back because the people of Delhi wanted it," the city's transport minister Gopal Rai said Friday, referring to the scheme that restricts cars to alternate days according to whether they carry odd or even-numbered licence plates.

"We have full faith that Delhi's people will follow this odd-even rule from today." A 2014 World Health Organisation survey of more than 1,600 cities ranked Delhi as the most polluted, partly because of the nearly 10 million vehicles on its roads.

As the scheme got going early Friday, pollution reached a "very unhealthy" 191 on the US embassy's air quality index, meaning people with heart or respiratory problems, children and the elderly should stay indoors.

Delhi Chief Minister Arvin Kejriwal has said pollution levels fell after restrictions were imposed in January, but many scientists say the scheme is not enough to tackle the problem.

"It is exactly like taking out 10 buckets of water from the ocean, the magnitude of the pollution problem is such," said Gufran Beig, the chief scientist at India's state-run System of Air Quality Weather Forecasting and Research.

Delhi commuters have generally been positive about the trial but mostly because it frees up traffic on the city's usually clogged roads.

Women travelling alone or with young children and politicians, judges and police are all exempt, as are men taking their children to school.

Scores of traffic police and volunteers took to the streets to enforce the scheme, wearing smog masks and holding banners urging drivers to comply.

Most drivers appeared to be sticking to the rules Friday and many took to cycling as an alternative, making Delhi's usually-clogged roads flow relatively freely.

However, many offices and schools were shut Friday, a public holiday in India, and the true test of the scheme will be when they reopen on Monday.