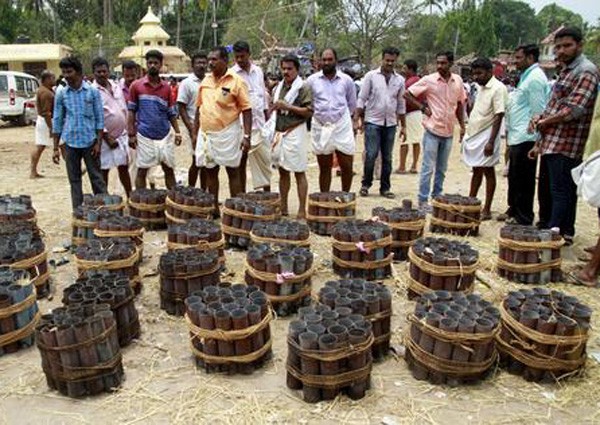 New Delhi - India's top court ordered a temporary ban on the sale of firecrackers in New Delhi on Monday, ahead of the Diwali festival that leaves the city shrouded in toxic smog.

The decision comes a little over a week before Diwali - the Hindu festival of lights - when Delhi fills with acrid smoke from celebratory firecrackers set off day and night.

The onset of winter usually worsens the situation as cooler temperatures trap the pollutants, exacerbated by crop burning in neighbouring states.

Acting on a petition, the Supreme Court directed that all licences to sell firecrackers in New Delhi and neighbouring cities be suspended until October 31.

"The court has made it clear that all licences stand banned forthwith," Haripriya Padmanabhan, one of the petitioners, told NDTV news network after the order.

A 2014 World Health Organisation survey of more than 1,600 cities ranked Delhi as the most polluted.

At midday Monday, the US embassy showed the concentration of PM2.5 - the fine particles linked to higher rates of chronic bronchitis, lung cancer and heart disease - at an "unhealthy" level.

The top court had imposed a similar ban last November when Delhi's air quality reached "hazardous" levels after Diwali, forcing schools to shut and a temporary ban on construction.

But the November order was briefly lifted last month, allowing residents to buy firecrackers ahead of Diwali, which falls on October 19 this year.

"I guess those people will end up bursting them, so it's not a 100 per cent victory," Padmanabhan said.