Indonesia to beef up security in disputed area 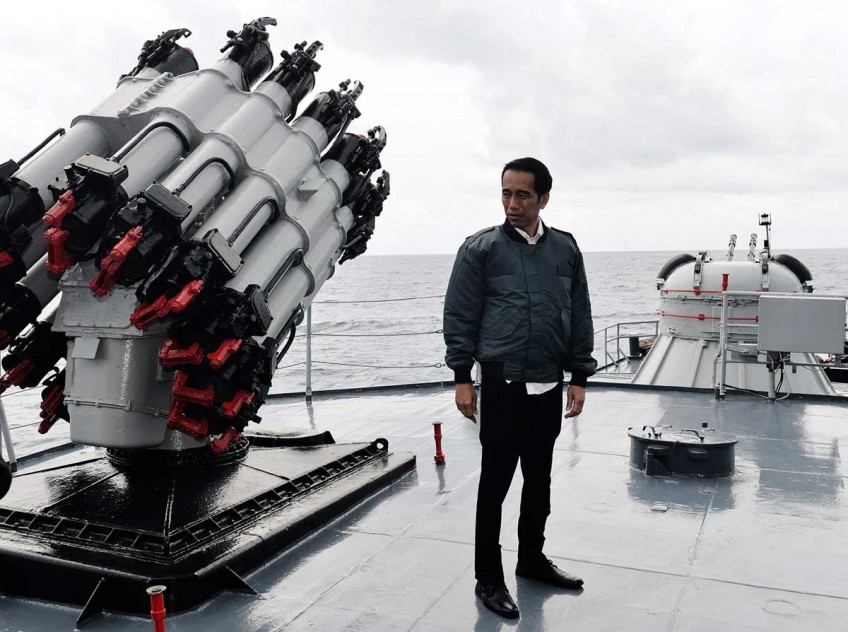 This handout photo taken and released by the Presidential Palace on June 23, 2016 shows Indonesian President Joko Widodo onboard the Imam Bonjol warship in Indonesia's Natuna Islands in the South China Sea.
AFP

JAKARTA - Indonesia will sharply strengthen security around its South China Sea islands where there have been clashes with Chinese vessels, the defence minister said, a day after Beijing's claims in the waters were declared invalid.

In an interview, Ryamizard Ryacudu said bolstering defences around Indonesia's Natuna Islands would involve deploying warships, an F-16 fighter jet, surface-to-air missiles, a radar and drones, as well as constructing new ports and improving an airstrip.

The military build-up, which started in recent months, would be completed in "less than a year", he said.

"This will be our eyes and ears," the retired general said.

"So that we can really see what is happening in the Natunas and the surrounding areas in the South China Sea."

[[nid:321287]]
SUBSCRIBE TO OUR NEWSLETTER
Your daily good stuff - AsiaOne stories delivered straight to your inbox