The Rohingya refugees rescued by fishermen are seen on a boat behind a patrol boat near the coast of Seunuddon beach in North Aceh, Indonesia, June 24, 2020.

Indonesia has garnered praise for its decision to provide humanitarian assistance to the nearly 100 Rohingya migrants stranded off the northern coast of Aceh this week, as pressure mounts on the region to deal with the crisis in Myanmar.

The government is working with civil society groups as well as the United Nations High Commissioner for Refugees (UNHCR) and the International Organisation for Migration (IOM) to ensure the well-being of a large group rescued by local fishermen, the Foreign Ministry has said.

"The central government and the local administration [of Aceh], in collaboration with the UNHCR and IOM, will immediately make further efforts to handle these 99 Rohingya migrants. The people of North Aceh and Indonesian civil society groups are also actively providing humanitarian assistance," the ministry said in a statement on Friday evening.

But now the main focus was to provide them with basic needs, temporary shelter and the necessary health services that ensure they follow health protocols to prevent Covid-19 transmission among the Rohingya migrants, the ministry said.

Indonesia's statement comes amid concerns that local authorities were mulling over whether to send the refugees out to sea after their boat repairs.

However, the move has received praise from activists and Rohingya advocacy groups such as the Arakan Rohingya National Organisation, which expressed its gratitude to the government and people of Indonesia "for their generous efforts" to rescue Rohingya refugees in distress.

A coalition of civil societies in Indonesia also applauded the move, saying the rescue could not have been possible without help from the central government.

The coalition, comprising nine organisations including the Indonesian Civil Society Association for the Protection of Refugee Rights (SUAKA), Human Rights Working Group (HRWG) and Amnesty International, noted that the state was initially hesitant, but then the local community initiated the rescue out of solidarity and humanitarian spirit.

"ASEAN countries need to accept Rohingya refugees and not reject the vulnerable groups whose lives are increasingly threatened in the middle of the sea," the coalition said.

Most ASEAN countries, including Indonesia, are not party to the 1951 UN Refugee Convention, which would otherwise legally oblige them to take in and take care of any refugees that arrive at their borders.

Nevertheless, Indonesia has repeatedly stressed that it is willing to go beyond the call of duty to provide Rohingya refugees safety and shelter when such incidents occur. 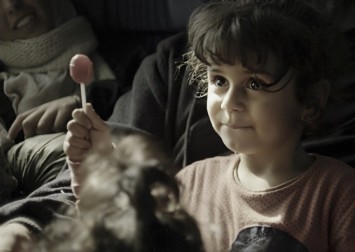 "Indonesia has several times been a country that has set an example to others in the region, having also provided life-saving humanitarian assistance to Rohingya boat people in Aceh in 2015 and in 2018," she said in a statement on Friday.

Other neighbouring countries, who were forced to take in stranded Rohingya in a larger incident in 2015, were reluctant to help this time around, with Malaysian Prime Minister Muhyiddin Yassin saying at Friday's summit that his country could no longer afford to take in any more Rohingya refugees, according to local reports.

In addition to the assistance, the ministry said authorities were also investigating whether the migrants rescued could be victims of human trafficking.

"Human smuggling is a crime that must be stopped and this requires regional and international co-operation," it said.

In mid-May, Indonesian Foreign Minister Retno Marsudi and her Australian counterpart Marise Payne discussed the "boat people" situation using the Bali Process framework, which involves dozens of countries that make up the "supply chain" of irregular migration around the world.

As co-chairs of the group, Indonesia and Australia have been called on by civil society organisations to convene high-level discussions on the unfurling refugee crisis, although the Australian side has reportedly resisted the pressure.

"This unsafe sea journey will certainly continue to occur as long as the root of the problem is not resolved," the ministry asserts. 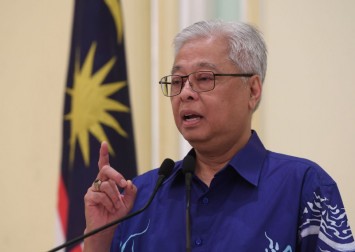 Wednesday's rescue occurred just days before President Joko "Jokowi" Widodo met other Southeast Asian leaders for the ASEAN Summit, in which they also highlighted the challenges that the organisation faces in addressing the humanitarian crisis in Myanmar.

ASEAN has been widely criticised for its slow handling of the crisis, which is being led by an ad hoc support team that has helped Myanmar since February to repatriate Rohingya refugees who fled persecution in 2017.

The Rohingya are a largely Muslim minority in Rakhine state who have been discriminated against and robbed of civilian rights in Myanmar.

Retno said the ad hoc team had recommended setting up an FM radio station in Rakhine to build awareness of the repatriation programme, "strengthen social cohesion and build trust and confidence". They also suggested provisions for basic services.

Myanmar's government had shut down the internet in Rakhine for the past two years as its military continues to be embroiled in a conflict against who they claim to be the Arakan Army, an insurgent group fighting for more autonomy for ethnic Rakhine Buddhists.

Myanmar's consistent dismissal of criticism against its treatment of minority groups - including the Rohingya - also made it harder to ensure the success of repatriation efforts, as refugees remain fearful of their safety if they return to a country that doesn't acknowledge their citizenship status.

"For Indonesia, it is important to ensure efforts to create safe conditions in Rakhine State so that the Rohingya can return voluntarily, safely and with dignity in their homes in Rakhine State," the ministry said.