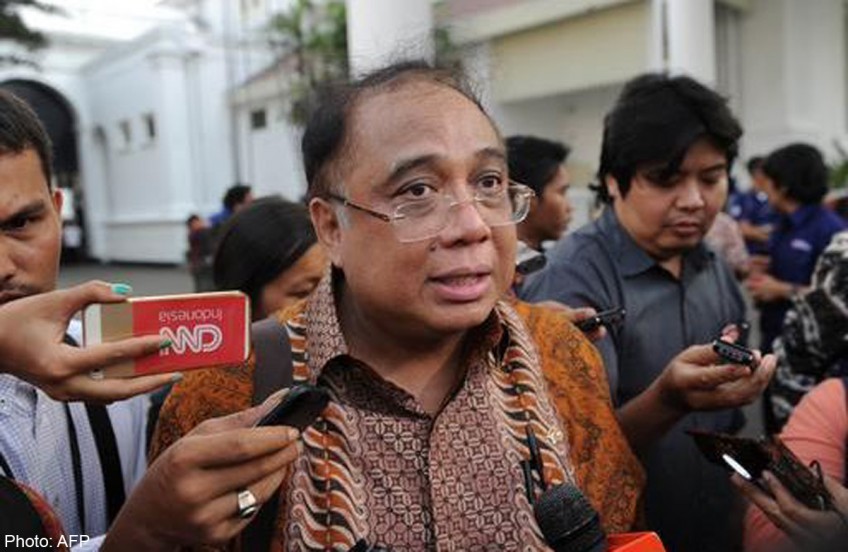 The government is optimistic that a string of measures taken against illegal fishing activities nationwide in the past five months have resulted in positive outcomes for the maritime sector, a top official says.

Coordinating Maritime Affairs Minister Indroyono Soesilo said the maritime sector had posted 8.9 per cent growth in the fourth quarter last year, exceeding the target of 7.5 per cent set by the Maritime Affairs and Fisheries Ministry as well as Indonesia's gross domestic product (GDP) growth of 5.1 per cent in 2014.

The relatively strong growth of the maritime sector had also prompted the Finance Ministry's directorate general of customs and excise to draft a supporting regulation on fishery exports, Indroyono said.

"The regulation will map out types of fish that are allowed to be [caught] for export or [those] limited for export," Indroyono said at a press conference after a coordination meeting at his office on Wednesday.

Between November last year and January this year, the maritime sector also saw an average growth of 104.86 points and 0.79 per cent in Fishermen Exchange Rate (NTN), according to a Maritime Affairs and Fisheries Ministry data.

A NTN above 100 points means that the average fisherman has relatively higher spending power due to surplus in their business revenues, which suffice to cover daily expenses.

Indonesian Institute of Sciences (LIPI) economist Latif Adam said that the maritime sector had high potential for growth and contribution to the economy thanks to the country's territory, which is largely made up of water.

Latif, however, said that the government should also bring together other ministries, especially non-economic related ministries, to join the efforts to boost the maritime sector.

"The maritime sector will significantly boost the economy should it be able to contribute up to 20 per cent to the GDP," Latif said.

According to Indroyono, since November last year, the Maritime Affairs and Fisheries Ministry under the leadership of Minister Susi Pudjiastuti has sunk 22 vessels from various countries, including Vietnam, the Philippines, Thailand and Papua New Guinea, and deported 573 boat crew members to their countries of origin.

Related to the illegal fishing crackdown, Minister Susi said her ministry was preparing to file an appeal with the Supreme Court over the Ambon District Court's ruling to spare a 4,306 gross tonnage Chinese vessel, MV Hai Fa, carrying a Panamanian flag, from being sunk. Instead, the court handed down a lenient Rp 200 million fine to the owner of the vessel for illegal fishing.

"I have ordered my subordinates to analyse and evaluate the case to corroborate new evidence. The customs and excise directorate general said that the vessel was unregistered and was once spotted flying an Indonesian flag," Susi said.

Separately, Mas Achmad Santosa, chairman of the Anti-Illegal Fishing Task Force, rebuffed speculation that other parties were behind the lenient rulings, saying that "such allegations are false".

Susi also said that the ministry was investigating an allegation of slavery in an Indonesian vessel owned by PT Benjina Pusaka Resources, which is reportedly carrying a Thai flag.