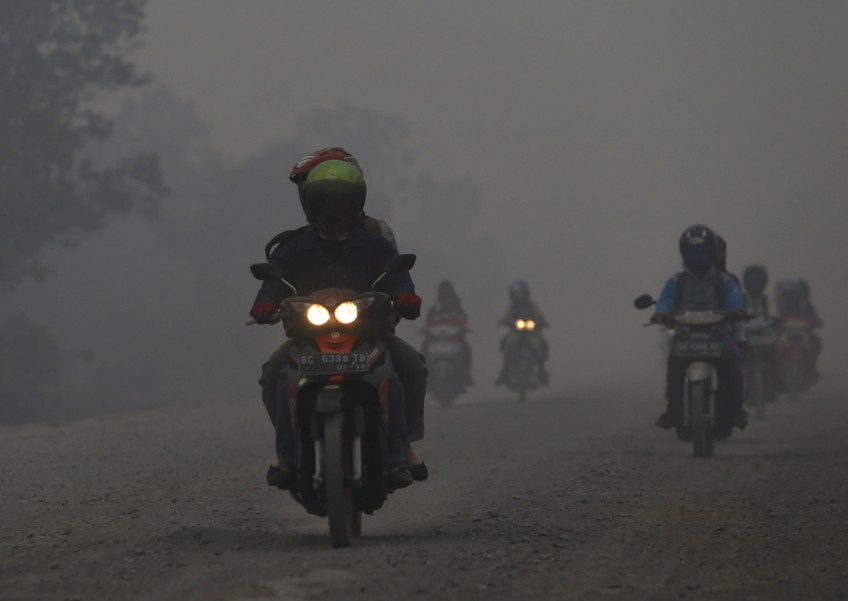 Fire-extinguishing efforts in Riau this year, Siti said, had been much better than in previous years.

"It's much more manageable. One thing that needs a special effort is the health impacts of the haze," said the minister during a two-day visit to Riau, which ended on Sunday.

"I've received reports that local administrations have established health posts. Therefore, I've brought Health Ministry secretary-general [Untung Soeseno Sutarjo] on my visit to Riau, as it is his ministry that properly understands the technical procedures to tackle the crisis Riau residents are currently facing," said Siti.

Speaking on the visit, Untung confirmed that the Health Ministry would establish two additional health posts to tackle the health impacts of haze in Pekanbaru. Untung said that 14 specialist doctors and paramedics specially deployed from Jakarta would provide healthcare services at the posts.

He added that the two health posts had been established near Arifin Achmad Regional General Hospital (RSUD) in Pekanbaru so that it would be easier for medical workers to refer patients with serious medical problems who needed further treatment. "We are ready to dispatch more health workers if needed," said the official.

According to the Health Ministry, half a ton of medicines for illnesses caused by haze, such as acute respiratory infections, asthma and inflamed throats, has been sent to Riau and is scheduled to arrive in Pekanbaru on Sunday evening.

The additional medical supplies, Untung said, had been provided to ensure that no more expired medicine was distributed to patients.

"There was a case of expired medicine, which was reportedly caused by a shortage of medical supplies at health posts," he said.

On Friday, an official at a health post near Sukaramai market in Pekanbaru gave Inflation, an anti-inflammation medicine, to a smoke-affected patient, who later revealed to the press that the medicine had expired in March 2015.