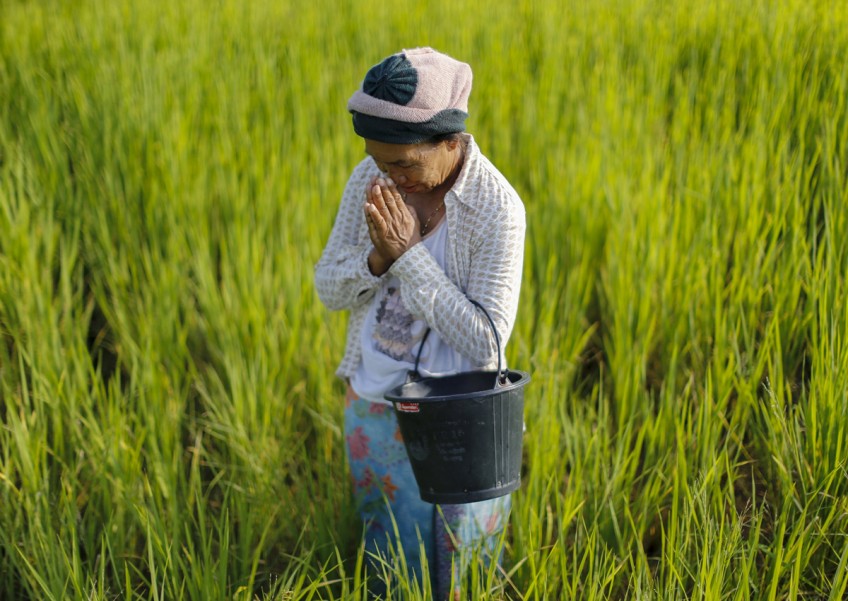 JAKARTA - Indonesia plans to import 1.5 million tonnes of rice from Thailand and Vietnam to avert a spike in prices, the Vice-President's office said on Friday, as a prolonged drought linked to the El Nino weather pattern threatens this year's crop.

The decision follows a similar move by the Philippines and will potentially support Asian rice prices. But it also highlights the difficulties Indonesian President Joko Widodo faces in keeping a pledge to cut rice imports to support domestic growers.

Last month the state procurement agency, Bulog, had said it was unlikely Indonesia would import rice this year, although it forecast imports were possible by March or April next year.

"We are forced to import because of the drought," Indonesian Vice-President Jusuf Kalla told domestic media. "When it comes to rice, we are not playing around."

Kalla's spokesman, Husain Abdullah, confirmed to Reuters that Bulog was in the process of procuring the rice from Thailand and Vietnam. It was not clear when imports would start.

The president's office said no final decision on imports had been made so far. "Indeed there is a threat, and a possibility that food stocks will (decline) with El Nino, but until now Bulog's stocks are relatively safe," presidential office spokesman Teten Masduki said, adding that Widodo was monitoring stocks closely.

Bulog declined to comment on any import plans. The agency currently has stocks of 1.7 million tonnes, 1.1 million tonnes of which has been allocated for the government's rice-for-the-poor scheme, Bulog CEO Djarot Kusumayakti told reporters.

The agency is expected to keep stocks between 1.5 million and 2 million tonnes to safeguard against price shocks, but it is estimated Bulog will have as little as 600,000 tonnes by the end of 2015, Kusumayakti said.

Government officials said last month Indonesia expected a 7 per cent increase in rice output this year despite dry weather due to El Nino.

The El Nino, a warming of sea-surface temperatures in the Pacific, can lead to scorching weather in Asia and East Africa but heavy rains and flooding in South America.