In Indonesia, 'LGBT' label is linked to criminal guilt amid 'societal homophobia'

Muslim protesters hold an anti-LGBT rally outside a mosque in the provincial capital Banda Aceh, Aceh province in Indonesia in 2018. The LGBT community in Indonesia has faced a worsening climate of intolerance.

When Indonesian actor Rizky Billar's spouse reported him to the police last month for alleged domestic abuse, social media users buzzed with chatter about him being a "wife-beater".

But as the scandal grew, the online discussion descended into a different front: his sexuality.

"They say men fall into two types: jerks and gays, but Rizky Billar is both," wrote Senja Heuning on Twitter. Another user named Amal Ramadhan went further: "The ultimate of bad apples: a gay douchebag."

Rizky's wife on Thursday (Oct 13) withdrew her report of domestic violence against him.

Indonesia has had a long history of linking criminality to homosexuality, and this case was no different, said anthropologist Benjamin Hegarty.

So strong is this tendency, the tactic appears to be espoused by even members of the LGBTQ community.

"I already outed him back in January. I told you all he (Billar) was being 'kept' by a transgender sugar mummy," said prominent Indonesian talent scout Kim Hawt, who is openly gay.

The "gay angle" also featured in a murder investigation of police officer Brigadier Nofriansyah Yosua Hutabarat that occurred on July 8.

The case took a shocking turn when his commanding officer, Inspector General Ferdy Sambo, and his wife Putri Candrawhati were declared suspects along with three others by investigators.

When the autopsy of Hutabarat's corpse revealed torture and five gunshot wounds as causes of death, the nation reeled in shock. Members of the public were glued to their television screens, following live reconstructions of the crime. 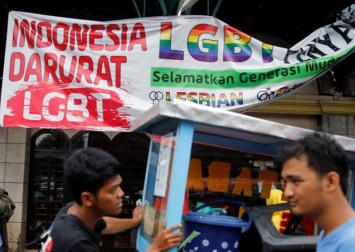 A persistent theory, amid conflicting theories for the murder, was the claim that Sambo was bisexual.

Twitter user Sarwedi Edi was convinced Sambo was a "sexual deviant" and wrote: "What should be determined is the nature of his relationship with Brigadier J, whether he was enraged because J wanted to marry and then decided to finish him off."

Speculation about Sambo's sexuality, however, did not just appear out of thin air.

The claim was first floated by lawyer Deolipa Yumara, who was legal counsel for the case's suspect-turned-justice collaborator, Bharada Richard Eliezer.

"(Sambo is) LGBT, not the L, G or T but the B," Yumara said when he was a guest at political talkshow The Karni Ilyas Club on August 18.

"Was Yosua (Hutabarat) gay? Not according to my client Bharada (Eliezer) because they both bunked together and nothing ever happened."

But Yumara did not believe the motive for Hubarat's murder had to do with love affairs of any kind.

Yumara was not the only figure of authority that added to the LGBTQ rumour in Sambo's case. Mahfud MD, Indonesia's coordinating minister for politics, legal and security affairs, has been known to fuel public speculation with innuendos.

Mahfud tweeted on August 9, "Our police force is good at investigating crime. Even in a (serial murder) case where mutilated bodies of the victims were scattered across different cities, they succeeded. Remember the case involving Ryan?"

Very Idam Henyansyah, 44, better known as "Ryan Jombang", was arrested in 2008 and convicted of 11 counts of murder. All of his victims, whose bodies were dismembered and mutilated, were men and most had been his lovers.

Mahfud also characterised Sambo's motive for murder as "revolting in nature" and "only suitable for adult consumption".

Jakarta psychologist Benny Prawira has noticed the frenzy with which the gay rumours both in Billar's and Sambo's case were greeted by Indonesian netizens.

"It comes down to societal homophobia," he said. "It just so happens that there was hearsay about somebody's sexuality. So people start to complete the whole story based on their homophobic assumptions."

Dede Oetomo, veteran LGBTQ activist, likened public obsession in Indonesia with LGBTQ-related scandals to watching horror movies. "For many, LGBTQ people are otherworldly creatures, both titillating and yet repulsively deviant."

A 2018 public poll by Saiful Mujani Research and Consulting (SMRC) found that 87.6 per cent of Indonesians saw LGBTQ people as a threat to society. 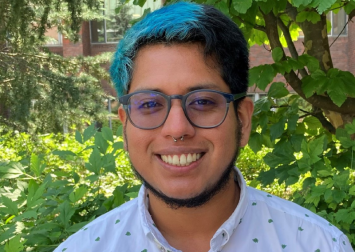 A follow-up survey by SMRC in May this year suggested homophobia remained very much alive in Indonesia. Some 49.3 per cent of poll participants disagreed that LGBTQ people deserved respect as human beings while 44.5 per cent agreed.

"It's Catch-22. We need greater visibility so that people can see that LGBT people are mostly ordinary but the stigma in society keeps people in the closet."

But anthropologist Hegarty cautioned that Indonesians' attitudes towards LGBTQ people and their rights were too complex for a general verdict of rampant homophobia.

"We can see a politics of homophobia. Opposition to LGBT rights is used as a politically convenient tool for certain groups to claim moral authority, quite aside from anything related to people who can be identified as LGBT."

Hegarty remains optimistic about the betterment of conditions for LGBTQ Indonesians.

"Indonesia isn't behind or needs to 'catch up' with the West, but (LGBTQ) rights will need to be won through hard work and different strategies rooted in Indonesia's own culture and history."