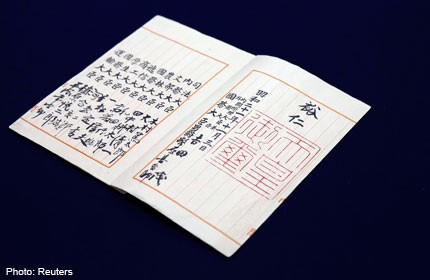 INDONESIA - More than 800,000 Indonesians are currently studying the Japanese language, mainly due to the popularity of Japanese pop culture, anime, manga and mouth-watering Japanese cuisine, according to the worldwide "Survey on Japanese Language Education Abroad" conducted recently by the Japan Foundation.

"Indonesia […] continued to show a distinct rise, especially in the number of high school students. Indonesia and other Southeast Asian countries such as Thailand, the Philippines and Malaysia have designated Japanese as an elective foreign language in secondary education," the Japan Foundation said in a press release last week.

Over the years, there has also been a major shift among Indonesians learning Japanese.

"In the 1980s, adults such as company employees or university students used to study the Japanese language. It used to be a big challenge to teach Japanese in those days. But now more and more young Indonesians are learning Japanese. It's easy to teach Japanese as these people are really motivated to learn Japanese," Fukuda Kentaro, a native Japanese-language teacher who teaches at the Ikuzo Language centre in Jakarta, told The Jakarta Post on Sunday by telephone.

Why are young Indonesians showing such an interest in the Japanese language?

"I'm learning Japanese because ever since I was a kid I really liked Japanese culture and artwork. Actually I started to learn Japanese because I wanted to watch anime and read original Japanese manga without any translations. But now I'm aiming to get a scholarship to study in Japan so I'm trying my best in studying Japanese," Carine Steven Nagara, a Grade X student at Taman Rama School in Denpasar, told the Post in an email interview.

Carine spends roughly 900,000 rupiah (S$117) on Japanese books and language lessons per month. She has also taken up Japanese as a subject at her school.

"I usually spend two hours each day to study or read something that is related to Japan," Carine said.

Another student from Jakarta also expressed a similar view.

"I love Japan, and I want to learn more about their people and culture. By learning their language first I can easily communicate with Japanese people and understand," Floren Anastasia, a 15-year-old student at Bina Bangsa School in Jakarta, said.

Like Carine, Floren spends some 7 million rupiah on Japanese lessons, food, clothes and things related to Japanese culture per year. She also wants to study in Japan in the future.