Indonesia to screen passengers from China 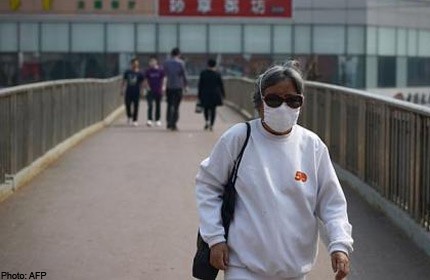 JAKARTA - The Health Ministry will step up precautionary measures in response to the recent discovery that H7N9, the deadly bird flu strain that has caused deaths in China and Taiwan, is transmittable among humans, heightening concern that it could lead to a pandemic.

"We will begin to use the thermal scanners after the Idul Fitri holiday is over, particularly in major airports including Soekarno-Hatta International Airport [Jakarta] and Ngurah Rai International Airport [Denpasar], which serve direct flights from China and Taiwan," the ministry's director general for disease control and environmental health Tjandra Yoga Aditama told The Jakarta Post on Sunday.

According to Tjandra, the ministry would also distribute health information cards to passengers arriving from China and Taiwan.

Tjandra said that the ministry had been aware of the possibility that the virus could spread by human-to-human transmission and had taken precautionary measures.

"We were aware that there are four cases where people who lived in the same neighborhood were infected with the H7N9 virus strain in China," Tjandra said. "Human-to-human infection is indeed possible and we have prepared for that," he went on.

As reported by the Associated Press, a new study published in the British Medical Journal on August 6 found evidence that H7N9 had spread among humans.

The study shows how a father and daughter, who lived in the same household in eastern China, were both killed by the H7N9 virus.

Before being diagnosed with H7N9, the father, 60, bought six live quail for the family. His daughter, 32, who took care of her father during his illness and was previously in good health, fell sick several days afterward and died a month later.

The daughter reportedly rarely left the residential area where they lived and had no contact with birds, except for two black swans raised by the property owners.

The researchers said the viruses, isolated from the father and daughter, were nearly genetically identical and none of the 43 people who had been in contact with the two patients tested positive for H7N9.

There was no definitive test, the researchers said, to prove that a virus had spread between humans, but they considered the discovery of a matching virus in addition to eliminating other ways the virus might have spread as convincing evidence.

However, they told the public not to panic, as the virus' transmissibility between people remained limited.

As of May, there were 134 cases and 37 deaths in China and Taiwan linked to the virus.

Meanwhile, South China Morning Post reported on Sunday that a poultry worker had tested positive for the H7N9 virus in the southern Guangdong Province, making it the first case in the province and alerting nearby Hong Kong Province.

Hong Kong Centre for Health Protection controller said the city might see its first infection in the next few months if the Guangdong case was confirmed, due to the proximity of the two provinces.

Earlier this year, a strain of the bird flu virus, identified as H5N1, killed thousands of ducks in West and Central Java. According to the World Health Organisation, of the 192 bird flu cases reported in Indonesia between 2003 and 2013 there had been 160 fatalities.