In a bid to boost government coffers decimated by the coronavirus pandemic, Indonesia is considering a sweeping tax overhaul that would add value-added tax (VAT) to foodstuffs, education and health care, hike rates for high-net-worth individuals and put major carbon emitters in the firing line.

A leaked draft of the government’s proposals showed it was seeking a new tax rate for the highest earners; a new carbon tax; and to widen the scope of VAT to include staple foods, education, health-care and social services, public transport, manpower, postal money orders and even coin-operated public telephones.

The government hopes that if the tax reforms go ahead next year as planned it will not need to seek further foreign debt, which had reached US$418 billion (S$562 billion) as of April.

Key to its plan is raising the income tax rate for high-earners, defined as those with an annual income of at least five billion rupiah (S$465,000). Indonesian taxpayers are currently grouped into four tax brackets, ranging from five per cent to 30 per cent rates.

Under the proposed amendment, the highest earners will be taxed at 35 per cent, five per cent more than at present.

At the same time, Indonesia is planning to relaunch a tax amnesty programme first introduced in 2016 to allow rich individuals to reveal their undeclared assets and settle their back taxes without punishment.

When the programme was first introduced, some 4.813 trillion rupiah in undeclared assets were revealed. 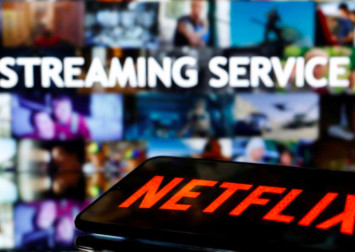 Bhima Yudhistira, executive director at the Jakarta-based Centre for Economic and Law Studies, or Celios, said the new rate for highest earners should be even higher.

“The government should impose a tax rate of between 40 per cent to 45 per cent. If they only increase it by five per cent, that is not enough,” Bhima said. “This is a good move, but the monitoring will be a little bit tricky.”

Bhima said there were still plenty of tricks rich people could use to evade taxes, such as cross-border transactions, noting that such practices didn’t stop after the 2016 amnesty.

He said many rich people did not have tax ID numbers and some even changed their citizenship to evade taxes.

Taxing the rich could prove a lucrative path for Southeast Asia’s largest economy, which on some estimates is set to have the biggest surge in high-net-worth individuals in the world, more even than China.

Wealth Report 2021, released by London-based consultancy Knight Frank in March, projects the number of ultra-high-net-worth individuals, or those with a net worth of more than US$30 million, in Indonesia to rise 67 per cent annually from 2021 to 2025.

A study by MGM Research in 2019 estimated there were 756 Indonesians with a net worth of more than US$30 million and 401 of them were living in Jakarta.

According to the Deposit Insurance Agency, adding up the total wealth of all Indonesians who had at least five billion rupiah in the bank would come to 432.96 trillion rupiah as of April – a rise of nearly 15 per cent from the previous year and the biggest increase of any tier of deposit.

Jakarta is also proposing to add VAT to staple foods such as rice, corn, soy, salt, meat and eggs using a multi-tariff system ranging from five per cent to 25 per cent and to boost the current standard VAT rate of 10 per cent to 12 per cent, according to the leaked draft.

Additionally, the new 12 per cent rate would be imposed on items currently not subject to VAT, such as tuition fees and health-care services.

Economists generally agree that Indonesia needs to reform its policies to increase its tax base and boost compliance. Tax revenue contributed only 8.94 per cent of Indonesia’s GDP last year, dropping from 10.73 per cent in 2019, following a trend of recent years. 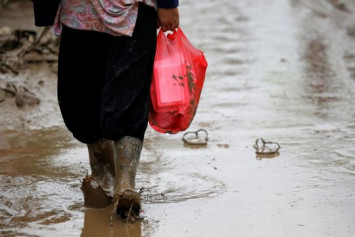 According to the World Bank, Indonesia’s tax ratio is lower than the developing countries’ average of 27.8 per cent.

However, the proposed widening of VAT to include staple foods, education, and health care is controversial.

Enny Sri Hartati, director of the Jakarta-based Institute for Development of Economics and Finance (Indef), said it underlined the government’s insensitivity to the public’s declining buying power caused by the pandemic.

Indonesia on Thursday (June 17) recorded 12,624 new coronavirus cases, its most since February, showing that the country is well into a second wave of infections. Since the beginning of the pandemic Indonesia has recorded more than 53,000 deaths.

“These new tax policies could affect the people’s buying power, that is why the resistance is quite high now,” she said.

“The people are in hardship because of the pandemic, please do not add to it by increasing the price of food. That would make things harder for the lower class. Please listen to us,” Hilmi tweeted.

In response to the controversy, Finance Minister Sri Mulyani Indrawati uploaded a video on June 14 of her visiting a traditional market in south Jakarta, where she chatted to a grocer named Rahayu.

The grocer asked whether it was true that she would have to impose VAT on her groceries in the future.

“I explained to her that the government would not slap taxes on the foods that are being sold in the traditional market, which is a necessity for the general public,” she wrote in the caption.

Taxes would be imposed on “premium” foods such as basmati and shirataki rice, as well as Wagyu beef, “whose prices can reach 10 to 15 times that of regular beef,” she said, without elaborating on what constituted a “premium” product.

But Enny of Indef warned that if taxes were put on premium food items, those products would “be replaced with imported food, which may be exempt from import duty under the prevailing free-trade agreements”.

Indonesia has free-trade agreements with Australia, New Zealand, Japan and China, among others.

Even imposing one per cent VAT on foods such as rice could prove inflationary, she said.

“Forty per cent of the public are in the lower economic class and will be hurt by increases in the prices of staple foods. Another 40 per cent, the middle class, will also be affected as daily expenses for Indonesia’s middle class are only US$5 to US$6, compared to more than US$10 overseas,” Enny added.

Plans for the carbon tax have so far proven less controversial. The tax is aimed at helping Indonesia reduce emissions by its target of 29 per cent by 2030, or 41 per cent with international help. 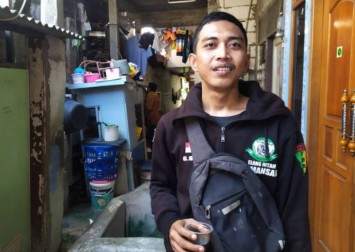 The government is proposing a tax on carbon dioxide, nitrous oxide and methane emissions of between US$5 to US$10 per ton of CO2e (carbon dioxide equivalent).

The first industries to be targeted will be pulp and paper, cement, power plants, and petrochemicals.

“The carbon tax is a good thing to have, but I hope it will not be implemented on end-products for customers, such as fuel,” Bhima of Celios said. “It should be imposed on upstream industries, particularly extractive industries such as coal.”

The government should earmark the revenue from the carbon tax for environmentally friendly purposes, such as developing the domestic electric vehicles industry, Bhima said.