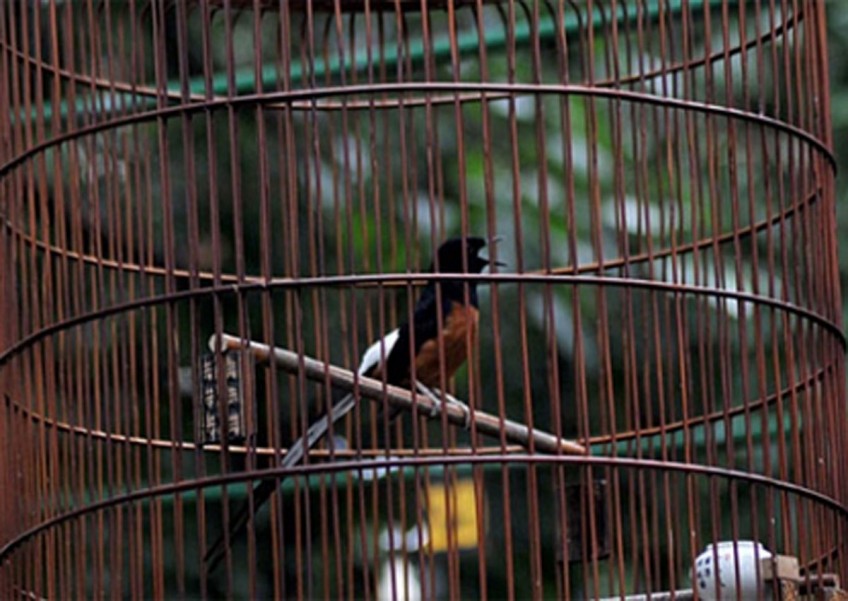 "There are only two to three Nias myna birds in the wild of Nias Island and there are only four to five of them in captivity. They are very rare," Tony Sumampau, director of privately owned zoo Taman Safari Indonesia said as quoted by tempo.co.

Tony said the decline in the bird population was caused by the widespread capturing of the birds that gradually hampered the species' ability to reproduce, and would, in the long run, lead them to extinction.

Tony said birds captured in the wild were sold at bird markets, where 60 per cent of them died before being sold. He said that no more than 20 per cent of birds survived the market.

"Many of the birds die after 1 to 2 days at the buyer's place. Transporting them to the bird markets causes them [to suffer from] stress," he said.

He suggested that in order to prevent the birds from going extinct, conservation efforts should be carried out near the birds' natural habitat. An example of conservation activities, he said, was a local breeder of Anis birds in a regency in Denpasar, Bali. The facility was located in the birds' natural habitat, he added, which allowed the breeder to breed and sell specimens, although only in limited numbers.

Such attempts would help maintain Anis bird populations in their own habitat, he said, while the breeder may also sell the birds.