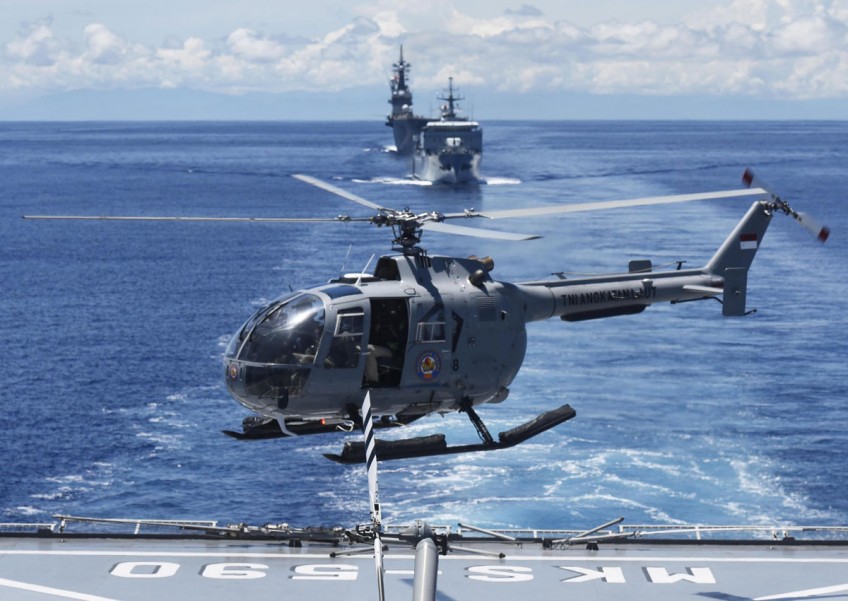 An Indonesian Navy helicopter takes off from a ship during the Komodo Exercise 2016.
Reuters

A helicopter belonging to the Indonesian Army crashed into two houses in Tamanmartani village, Sleman, Yogyakarta, on Friday afternoon, killing two people and injuring another three.

The Bell 205 aircraft was flying from Adi Sumarmo airport in Surakarta to Adisutjipto airport in Yogyakarta in connection with the visit to the province of President Joko "Jokowi" Widodo.

Adisucipto Air Force commander Rear Marshal Imran Baidirus confirmed the crash, saying that the helicopter had been prepared to back up the President's visit.

"It was prepared for an emergency," Imran said on Friday as quoted by detik.com.

"A chopper just fell on my uncle's house. [There are] loads of police officers and loads of people," said @Nai_hapsari on Twitter.

Earlier reports said that the aircraft had fallen at 3 p.m. on houses belonging to Heru Purwanto and Parno.

The victims, all of whom were passengers on the helicopter, were taken to the Bhayangkara Police Hospital.