For Indonesian-Chinese in Yogyakarta, a Dutch colonial law is the reason they can't own land

For doctoral candidate Kezia Dewi, studying the history of Indonesia’s Chinese settlements is more than just of personal interest, being one of the country’s roughly three million ethnic Chinese.

Such academic research is also rare, because many see the topic of Chinese Indonesian land ownership as sensitive and divisive.

“The existing body of research on Chinese Indonesian settlements is largely focused on the history of Chinatowns dispersed throughout Indonesia and their conservation. This is why I eventually decided to tackle the controversial issue [of land ownership] in both colonial and postcolonial times,” the 38-year-old said.

Her PhD research at Belgian university KA Leuven has given her first-hand access to the colonial archives of the Netherlands. Various parts of Indonesia were under Dutch rule for about 350 years until 1942.

After Indonesia became independent, ethnic Chinese were given the same legal rights as their indigenous counterparts, but this is not the case in the Special Administrative Region of Yogyakarta, which is still governed by its hereditary sultan.

Designated as semi-autonomous in 1950, it is the only Indonesian province where Chinese Indonesians are prohibited from owning freehold land titles. Instead, they are permitted leasehold titles which typically last for 30 years.

The regulation, which was resurrected in 1975, is modelled on a Dutch colonial law known as Agrarische Wet 1870, whereby the colonial government decreed that Europeans and “foreign Orientals (Chinese, Indians and Arabs)” could only lease land classified as “non-indigenous”.

While it had the appearance of protecting lands belonging to indigenous local rulers, Dewi contended that the law was really formulated to protect Dutch interests, as, in reality, the so-called protected indigenous lands were dwarfed by the size of the land directly under Dutch jurisdiction.

Even under such restrictions, upper-class Chinese landowners were able to navigate through the system and acquired control over two-thirds of the commercially available land outside the indigenous title, often with the connivance of colonial officials.

Dewi believes this may have motivated Yogyakarta to enact the ban against the Chinese, to prevent them from controlling a disproportionate share of the land.

“But these big landowners were a tiny minority among the Chinese. To illustrate, in a city like Semarang, only 10 individuals would have been super-rich Chinese. The rest of the Chinese population had to pay rent to their rich landowners like their Javanese neighbours,” Dewi explained.

Growing up as part of two Chinese Indonesian subcultures has given Dewi insights into the lingering questions of cultural identity for the country’s ethnic Chinese population.

Her father was raised among “pribumi”, or indigenous Indonesians, while her mother came from a middle-class urban Peranakan Chinese family. She often felt the clash between the two subcultures in her family life.

“My father’s side of the family was used to living side by side with indigenous Indonesians while the opposite was true of my mother’s side. The latter was often worried that my siblings and I were being raised in a largely non-Chinese environment.”

The family often moved around, and she attended public schools where most of her fellow pupils were indigenous Indonesians.

“I experienced things from both sides of the spectrum. I was bullied at school for being Chinese; once a teacher even made an issue out of my ethnicity. But I was never Chinese enough for my relatives on my mother’s side because I was seen as being overly exposed to the indigenous culture.”

The 1998 political crisis in Indonesia, which culminated in riots and looting against Chinese Indonesians and the resignation of President Suharto, was another watershed moment for her.

Some of her relatives on her mother’s side had their houses and shops attacked while Dewi’s immediate family received protection from their indigenous neighbours.

The question of why Chinese Indonesian settlements were often targeted during political and social upheavals also became a focus of Dewi’s interest.

“I became intrigued by the stigma against Chinese Indonesians being seen as a segregated community from the rest of Indonesians. This wasn’t always so. Before Dutch colonialism began, Chinese immigrants who were mostly traders tended to live in coastal towns alongside the indigenous population,” she said.

As Dutch influence grew in the archipelago, the Chinese community in Batavia (now Jakarta) clashed with the Dutch forces in an incident now commonly known as the 1740 Chinezenmoord (Murder of the Chinese) in which 10,000 Chinese are thought to have died.

Following their defeat, Chinese people were required to live in segregated areas in cities across the Dutch Indies. Cohabitation with indigenous Indonesians was outlawed.

“By then a tiny minority of Chinese had risen to great economic importance in the colony. These upper-class Chinese were permitted to have houses alongside Europeans and Eurasians in the most elite parts of a city. So when the Europeans left after Indonesia’s independence, it was these elite Chinese who were left, to be seen as an embodiment of riches and privilege.”

The tradition of Chinese Indonesians living in separate areas is no longer true today, especially among the younger generations.

Dewi’s research found that millennial Chinese Indonesians are mostly concerned with issues such as neighbourhood safety and convenient location to their workplaces and public amenities when they buy properties, not whether the area is predominantly Chinese.

Kus Sri Antoro, a researcher on agrarian issues in Yogyakarta, wrote in a 2015 essay in the Indonesian agricultural journal Bhumi that there was no constitutional basis for the region to implement a colonial law which was invalidated by default when Indonesia became independent.

“Politically, the discrimination against ethnic minorities in land ownership [in Yogyakarta] seems to have been deliberately adopted to perpetuate racial identity politics.

"This puts the Chinese at a disadvantage because, to justify the policy, they are characterised as disloyal [citizens], stingy, opportunistic and therefore not to be trusted to own land,” he told This Week in Asia .

Businessman Sam Siantara, 55, was born and grew up in Yogyakarta, as his father had before him. But in 2016 he relocated to Denpasar, Bali, to protest against the discriminatory land practice.

“It all started to hit home when my wife bought a house back in 2008. The deed to the house was originally freehold but because my wife was identified as Chinese, it was downgraded to leasehold. For a time, I campaigned against this with likeminded people but it was to no avail.”

Siantara said it was not the need to renew the lease every 30 years which bothered him. It was the principle of discrimination against Chinese Indonesians that he found unacceptable. As far as he was concerned, it was a matter of his dignity as a citizen.

“Rather than raise my children and grandchildren in a place where we were second class, I moved my family somewhere else.”

Andry Lesmono, secretary-general of the Movement Against Discrimination (Granad), a Yogyakarta-based NGO, said the country’s Ombudsman had ruled that the practice was a form of “maladministration” and recommended its abolition.

Granad has repeatedly written to President Joko Widodo for help but so far no action has been taken.

Antoro has a theory about the lack of progress on this front.

“There are vested economic interests of the local rulers and their cronies involved here,” he explained.

“While their rich victims [Chinese upper class] choose not to rock the boat because it’s still profitable for them, the not-so-rich victims remain silent for fear of persecution.”

In 2012, a Chinese Indonesian law student in Yogyakarta, Felix Winata, sought a judicial review at the country’s Constitutional Court against the region’s prerogative in regulating land ownership. 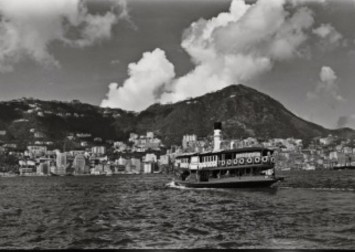 He later withdrew his petition and dropped out of university owing to the social media bullying and intimidation he and his family received.

Another legal challenge to the 1975 decree was launched at a Yogyakarta court in 2017 by Handoko, a Chinese Indonesian, but his suit was rejected. He later took it to the Indonesian High Court but it was similarly thrown out.

Since none of the cases were ever accepted by any jurisdiction, the sultanate has not had to defend its special legal status in court.

“It’s not discriminatory on paper but its implementation is patchy and inconsistent. Admittedly, it will be a huge undertaking to resolve most of the problems, many of which date back to the colonial era. No administration has really wanted to take it on.”