A civil servant who allegedly hit seven cyclists with his car on Saturday morning on Jl. Sudirman, South Jakarta was tested positive for drugs and has been named a suspect, a police official has said.

"The urine tested positive for amphetamines," Yusri said on Monday as reported by kompas.com.

Yusri said TP had already been named a suspect in the incident and was currently being detained at the Jakarta Police detention centre.

"Because he works for the South Jakarta Police, he is also an active civil servant," Yusri said.

TP was charged under articles 310 and 314 of the 2009 law on traffic and land transportation, which carries a maximum sentence of 10 years' imprisonment.

Yusri said the crash happened on Saturday morning at 6:10 a.m. when TP was driving his Toyota New Avanza from the north of Jl. Sudirman. 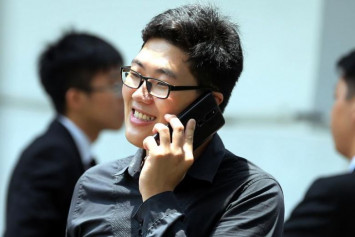 "In front of the Summitmas building TP hit a group of cyclists," Yusri said.

After the incident, the cyclists were taken to Pertamina central hospital in South Jakarta.

Their bikes were also badly damaged in the incident.