It was late March when the United States government declared a national emergency over the Covid-19 pandemic, causing numerous companies to implement work-from-home policies.

Indonesia-born Paladia Petty Sukarsaatmadja, 38, is among the employees who has to work from her home in New Jersey, which ranks second for the most Covid-19 cases among all US states after New York.

Since the policy was introduced, Petty and her Mexico-born husband have followed news about a shortage of protective gear (APD) for medical personnel.

"Our neighbour, who happens to be a nurse in a hospital in New Jersey, confirmed the news and told us that anything that people can give to help them would be very useful," Petty told The Jakarta Post via email. "We're moved to help them as they're the front-liners against Covid-19."

During their research, the couple discovered information about protective gear designs from organisations worldwide; designs that have been approved by the National Institute of Health, including one for face shields made using a 3D printer.

Using a design from Swedish manufacturer 3DVerkstan, they began to produce face shield frames utilising their 3D printer at home.

"We've had the printer for one year and we usually use it to print kids' toys and to further learn about its technology as my husband and I have engineering backgrounds," said Petty, who works as a quality assurance engineer at the Panasonic Corporation of North America.

The process of producing face shields consists of two phases: First, printing out the frames or visors and, second, attaching a transparent plastic sheet to the frames. Each frame is made of a polylactic acid (PLA) plastic filament, while the plastic sheet is made of acrylic. 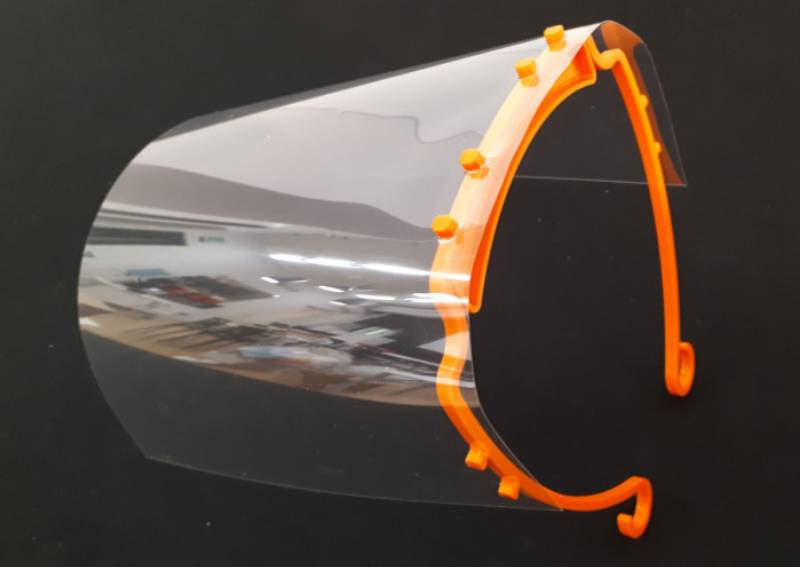 After creating the frames, Petty then sends them to volunteers who attach the plastic sheets to the frames.

When asked about the challenges they faced, Petty said that their 3D printer would sometimes not work properly, so they often had to order new spare parts, which meant halting the production process.

"Moreover, as each volunteer is unable to meet directly due to social distancing, all of the logistical processes have to be done online and it requires intensive communication and teamwork," Petty said, adding that she felt grateful for their colleagues, friends and neighbours who had helped them throughout the process.

They have produced at least 470 face shields and donated them to hospitals, first aid units, police stations and nursing homes in New Jersey. 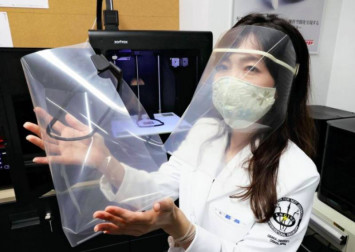 Their face shield production is currently ongoing and they hope to donate the products to hospitals and first responders, such as ambulance and first aid personnel and police officers.

Having lived in New Jersey for around 10 years, Petty said it was quite a challenge to juggle her work with helping her 8-year-old son and 4-year-old daughter with their homework.

They practice social distancing by staying at home and they wash their hands regularly and disinfect each package that arrives at their door as almost all of their primary needs are purchased online from retailer Instacart.

"We also need to monitor the app to get a delivery slot as it has been difficult to get. Rolled tissue paper, hand sanitiser and disinfectant products are hard to find online and at physical stores," said Petty, who graduated from the Bandung Institute of Technology (ITB) in West Java.

Entering their eighth week of physical distancing, the couple have implemented a schedule and to-do list for their children to set their napping, play and lunch times. "On the weekends, we hold 'home theatre' entertainment where they have to help their parents clean the house to get an 'entrance ticket' to the theatre."

Petty began her career at Panasonic Corp of North America in 2019. She became interested in the electronics industry company while studying and working in Japan for six years.