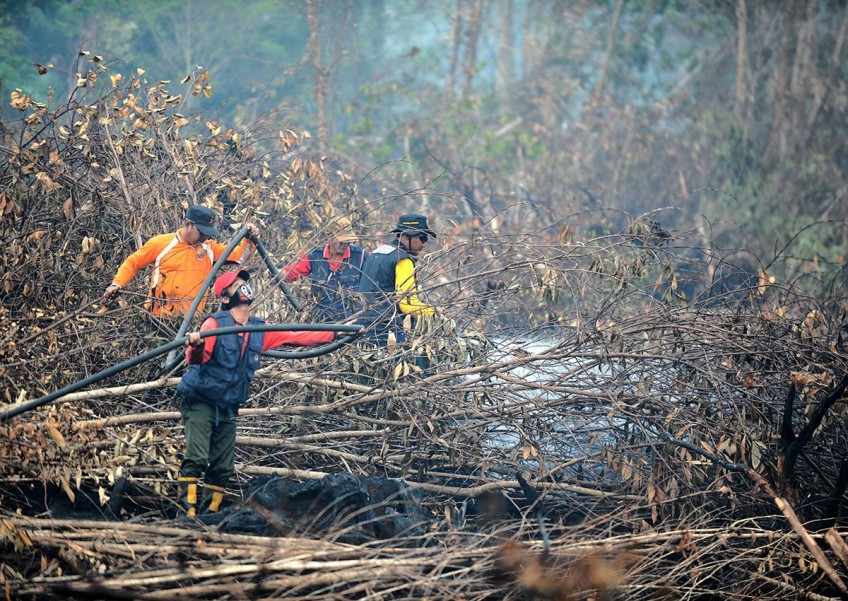 JAKARTA - Divisions have started to appear between Indonesian government ministries over how to tackle peatland fires that have caused choking smoke to spread across much of Southeast Asia.

Indonesia and the wider Southeast Asian region have been suffering for weeks from so-called "haze" caused by smouldering forest and peatland fires, largely in Sumatra and Borneo islands that climate officials described as a crime against humanity.

Contradicting this, however, Agriculture Minister Amran Sulaiman said on Monday, 100,000 hectares of burnt peatland in Kalimantan may now be used to plant corn and soybeans, according to Kontan newspaper.

"We will ask for peatland that has already been burned to be converted into agricultural land," Sulaiman was quoted in the newspaper, adding that the development should be led by local people and state-owned enterprises.

Sumardjo Gatot Irianto, director general of agriculture tools and infrastructure in the agriculture ministry, said on Tuesday he was not aware of any plan to plant on burnt peatlands in Kalimantan.

But Greenpeace Indonesia told Reuters it was concerned about Sulaiman's comments and urged President Joko Widodo to stick to his moratorium on developing peatlands and avert fires next year.

"We strongly support the (peatlands) commitment by the president," said Teguh Surya, forest campaigner at the environmental group. "The president has to call the minister of agriculture to stop the plan to plant corn."

Last week, a smallholder palm oil group said that forest fires would again flare up next year because the government was yet to issue any new regulations relating to forest clearing.

Indonesia is home to the world's third-largest tropical forest and Widodo is due to attend the UN climate summit in Paris in December where he is expected to outline the country's pledges for tackling climate change.

The Southeast Asian nation is the world's fifth-largest emitter of greenhouse gases mainly due to the "slash and burn"techniques to clear forests that blanket Singapore, Malaysia and northern Indonesia in a choking "haze" for months each year.