An elementary school dropout from Klampok district in Banjarnegara, Central Java, has created a detection device to warn people of landslides.

Sudarsono, 45, who volunteers at the disaster mitigation agency (BPBD) of the regency that has suffered multiple landslides, built the device with a budget of less than Rp 5 million. He called it Elwasi after the Javanese words eling (remember), waspada (cautious) and siaga (prepared).

"I created the device out of concern that many areas have suffered from disasters but have yet to install early-warning systems," he said recently while presenting the device during a coordination meeting of Central Java's BPBD in Semarang. 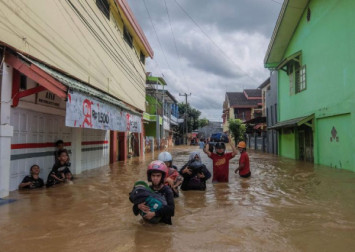 Sudarsono said he had modelled the device on an early-warning tool installed in a number of landslide-prone areas in Banjarnegara. After inspecting the tool, he thought he could make a similar device serving the same purpose but using cheaper materials.

In 2017, he started to work on Elwasi, unhindered by his lack of formal education. He had picked up some skills from the son of an official of the subdistrict where he lived.

"I was frequently asked to help fix electronic devices, so I know how to assemble electronic stuff," said Sudarsono, who also runs a repair workshop out of his house.

His hard work paid off. Elwasi won the first prize at an innovation competition in the regency in July 2018.

"That motivated me to further perfect the device," said Sudarsono, adding that he had so far made five of them, some had been installed in Banjarnegara and in Sukabumi, West Java.

Elwasi consists of several components including a solar panel connected to a battery, a rope to be planted in the land prone to landslides, a lamp and a speaker for the siren.

"When the land moves, it will pull the rope and ring the siren," said Sudarsono, adding that the siren would allow people to save themselves. 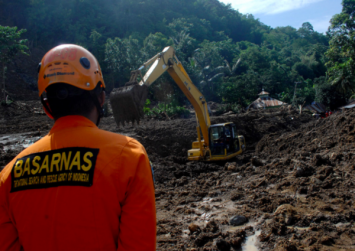 He would continue to perfect Elwasi, he said, and had received support from the Banjarnegara BPBD that encouraged him to produce more of the devices.

"Hopefully it will be useful. As a BPBD volunteer I just want to call on people to be aware of disaster and minimise the number of victims during a disaster," he said.

Banjarnegara is particularly prone to landslides. In 2014, a hill collapsed in Karangkobar district and buried two villages, killing at least 83 people. Two years later, at least seven were killed in the village of Gumelem.

In 2017, another landslide hit Bantar village, destroying dozens of houses and forcing 51 families to move within the village, but their hopes of starting a new life were crushed a year later when the new site was also hit by a landslide.

In January, at least three landslides occurred, disrupting road access between Wanayasa and Batur districts and also those connecting the regency with Kebumen.