The Indonesian narrator utters the words, “Taiwan is not as beautiful as profile pictures on Facebook”.

That thought is followed by another proclamation.

The lines were spoken by Tari Sasha, the main character of the 17-minute long animated documentary Homebound . It continues the stories explored in the documentary Help is On the Way , highlighting the struggles of an Indonesian migrant worker living in Taiwan and her desire to return home. The film was turned into an animation after Taiwan’s Covid-19 travel restrictions made it impossible to film on the island.

The 38-year-old private nursing home worker first arrived in Taiwan in 2011, giving up her job selling insurance in the hopes of more lucrative opportunities.

Tari’s promised job at a toy factory was not as advertised. She was the only female in the plant of around 100 male colleagues. She was asked to clean up the factory, wash trucks, and even tidy the factory owner’s flat.

Besides working from 5am to 11pm every day, Tari said she was also verbally abused and bullied by colleagues. She returned to Indonesia a year later after the employer terminated her contract for “asking for what they owed me”, including overtime pay, as she was never paid the full amount.

Despite that experience she returned in 2013 to take care of a 95-year-old former Taiwanese police officer.

She returned to Indonesia in 2016. It is quite common for Indonesian migrant workers to fly home at the completion of their three-year contracts and then return to Taiwan for another job.

At her new employer she would bathe, feed and change diapers of critically ill elderly patients for twelve hours each day, sometimes longer. Tari’s employment was supposed to last until 2020. She planned to leave Taiwan afterwards, but agreed to a two-year extension due to Covid-19.

Despite the hardships, Tari chose to stay in Taiwan. “For other [places], the legal protection is still vulnerable, like [in] Malaysia and Singapore ,” she said.

Of the almost 665,000 foreign workers on the island, almost 236,000 or around 35 per cent are Indonesian according to Taiwan’s Labour Ministry. That is the highest number of such workers in Taiwan.

False promises were not the only disappointment Tari experienced in Taiwan.

At her current job, Tari and her foreign colleagues were stuck inside for months, limited to just working and sleeping during Taiwan’s surge in Covid-19 infections. The same limitations were not placed on Taiwanese workers, who could come and go at anytime.

Tari does not have fond memories of being confined to her dorm. “We are not as stupid as they think. We know when we go out, we have to bring alcohol [sanitisers], we also wear masks,” she said.

“What irks me is when there are comments like, ‘You are all dangerous’,” Tari said in the film. “‘So you all have a higher risk of being infected by and transmitting the virus than Taiwanese.’ Sometimes in my heart, I think: ‘What is wrong with us?’”

Read Also
As in China, migrant workers in Southeast Asia are leaving behind a generation of children 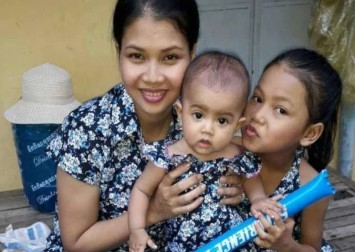 In December 2020, Taiwan banned the arrival of migrant workers from Indonesia – the Southeast Asian country hardest hit by the pandemic – after some Indonesians who arrived on the island earlier tested positive for the virus. Taipei lifted the ban in November last year.

In a statement to This Week in Asia , the Taipei Economic and Trade Office (Teto) in Jakarta – Taiwan’s de facto embassy in Indonesia’s capital – said the Taiwanese government “has formulated comprehensive protection policies for migrant workers”, including the enactment of the Employment Service Act that allowed neither discrimination nor coercion towards workers.

“Migrant workers in Taiwan have the same legal protection as our nationals,” the Teto statement said.

Gabungan Tenaga Kerja Bersolidaritas (Ganas) is an organisation seeking change for Indonesian migrant workers in Taiwan. The group wants the Indonesian and Taiwanese governments to limit the reliance on agencies by introducing direct hiring practices. Of all industries, only domestic workers could now take advantage of this mechanism once in Taiwan.

Susmiati, who is a co-founder of Ganas said she heard stories of how some Indonesians had to pay from 70 to 100 million rupiah, or about US$4,886 (S$6,600) to US$6,980 each for placement and processing fees – excluding Covid-19 quarantine and agency fees once in Taiwan. The island’s monthly minimum wage for 2022 is NT$25,250 (S$1,200) applied to foreign workers in the formal sector, but Susmiati said informal workers would earn a basic salary of about NT$17,000 (US$594) excluding overtime payment – although those have not been deducted by agency and health insurance fees.

“Can [you] imagine how much money can be saved by [Indonesian migrant workers]?” she said.

Homebound’s creative producer Nick Calpakdjian also wants to see an improvement, and said the film’s end goal would be a “better use of safe migration policies and zero-cost policy to actually be implemented”. The documentary’s impact producer Sofia Setyorini said the dream is “that both governments could protect migrant workers more”.

Tari has not been home for many years, and is looking forward to seeing her mother and son when she flies home next month to celebrate this year’s Eid ul-Fitr in Central Java.

She is unsure about what she wants to do back in Indonesia, although she is considering starting a business. One thing is for sure: she wants to return home – once and for all.

“What is the point of being abroad for a long time?” she said. “I want to go back to Indonesia and live in Indonesia because I feel more there is where my life is.”