A former national road racer died of stab wounds after a road accident dispute on Sunday.

Bondowoso Police crime unit chief Comr. Jamal said the incident began when Zaky, who was riding his racing motorcycle, crashed into Faesal's motorcycle, who then traded barbs before escaping the quarrel.

In his attempt to chase Zaky, Faesal lost track before finding him in a resident's garage located around 4 kilometers from the scene of the accident. 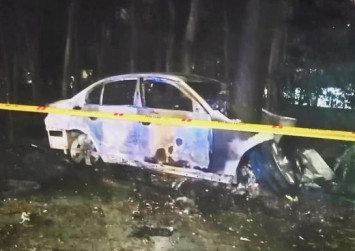 Despite the efforts of Zaky's friends to break up the fight, a quarrel ensued as Faesal stabbed the victim's chest twice before running away from the location.

"The house is where the victim would habitually meet his friends. And in that [house's] garage is where the stabbing happened. The suspect used a pocket knife to stab the victim," Jamal said.

Zaky's friends immediately took him to the nearest health centre but he eventually died. He is currently undergoing a post-mortem test to examine the cause of death.

Meanwhile, Faesal has been charged under the Criminal Code on manslaughter and has been detained at the Bondowoso Police station.

M. Zaky is a former racer on the TJM racing team under Yamaha Yamalube. He competed in the 2015 Asia Road Racing Championship.