Two police officers were shot at while attempting to move the body of a beheaded person at the village of Salubanga in Sausu, Parigi Moutong, Central Sulawesi on Monday (31 Dec).

Parigi Moutong Police chief Zulham Efendi Lubis suspected members of the East Indonesia Mujahidin (MIT) in Poso, Central Sulawesi, to be behind both the shooting of the officers and the murder.

The MIT is a terrorist group led by Ali Kalora.

The wounded officers are being treated at the Bhayangkara Hospital in Palu, Central Sulawesi. 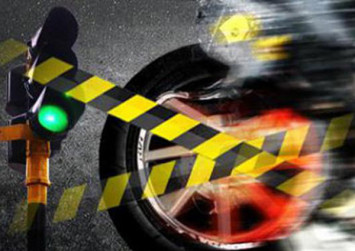 Two of the four bullets that were shot hit chief Brig. Andrew Maha Putra, an officer with the Mobile Brigade Task Force 3 for Operation Tinombala, while the two others hit Brig. Dua Baso, an intelligence unit officer from the Parigi Moutong Police.

The two officers had reportedly been clearing the road of branches and twigs police believe had been put there by the suspects in an attempt to block the investigation.

"The two of them had to get off their motorcycle to clear the road out, so that the police could pass through. Suddenly, they were shot and hit in the shoulder and buttocks," Zulham said.

The officers that were behind them immediately shot back toward the mountainside while evacuating the injured officers to the nearest community health center.

Police have yet to find out who was behind the murder and police shooting and to establish their motives.