A policewoman from Makassar, South Sulawesi, has been fired after her suggestive selfies and nude videos were spread online by a man who catfished her through social media.

The woman, a police brigadier, thought the man was a police officer from Lampung province, but he was found to be a convicted murderer who is serving 10 years at a Lampung prison.

Her firing was also based on alleged affairs that she had with two regional police officers in South Sulawesi.

“She was involved in immoral activities that violated the code of ethics and made her no longer eligible to be a member of the National Police,” Makassar Police chief Sr. Comr. Wahyu Dwi Ariwibowo said as quoted by tribunnews.com.

Mariana Amiruddin from the National Commission on Violence Against Women (Komnas Perempuan) criticized how the police handled the case, saying they did not take into account a victim’s or woman’s perspective. She said it was not just that the policewoman lost her job for taking private photos that later spread online without her consent. 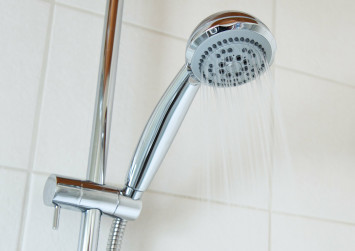 She said the police ethics council should have treated the incident as a cybercrime and considered the policewoman a victim before firing her.

“As a victim, she should be protected because this includes sexual violence through cybermedia,” Mariana told The Jakarta Post on Saturday.

According to the commission’s records, sexual cybercrime involving the spread of videos, photos or chat logs are the most commonly reported cases.

"In sexual cybercrime cases, women are the ones who suffer the most. Firing the victim only worsens her physical or emotional pain and it does not deter the offender,” Mariana said.

Speaking about the alleged affairs, Komnas Perempuan’s Sri Nurherawati said it was unfair to punish the policewoman but not the two regional police officers.

She added that gender discrimination without legal due process was common in cases of extramarital affairs.

Human rights activist Nursyahbani Katjasungkana said law enforcers, especially the police, did not act with victims’ perspectives in mind, which often resulted in women being victimized.

She said there was a system for improving gender awareness among law enforcers under the Women's Empowerment and Child Protection Minister but that the necessary steps had not been taken.

“Law enforcers and our society prefer to be a vagina watchdog rather than deal with corruption or governmental issues. They are addicted to sexual morality rather than public office ethics and morality,” she said.