A teenage victim of an apparent suicide in Kupang, East Nusa Tenggara (NTT), was described as a bright student who once received a bicycle from President Joko "Jokowi" Widodo.

YSS was found dead in his home in Oebufu subdistrict, Oebobo district, on Oct. 14. He was 14 years old.

YSS, who was still in elementary school at the time, won the bicycle as a prize during Jokowi's visit to a vocational school in Kupang. A standout student, YSS had been selected to go to the event to represent his school.

"The bike is currently stored at our house," Yuni said before showing the prize to the Post. 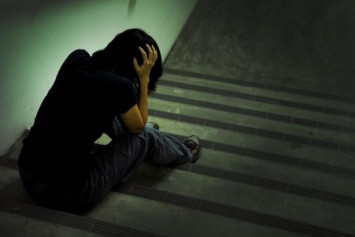 Kristofel was feeding his goat, which was tied in front of YSS house when he noticed a foul smell coming from the house.

"He looked through the window and saw [YSS]," Saba said.

Kristofel immediately contacted the local authorities. YSS' body was then transported to Bhayangkara Hospital in Kupang.

The youngest of four children, YSS grew up in an abusive household. His father, Antonius Sinaga, was found guilty of beating his mother to death and concealing her body in 2012. Antonius is currently in prison for his crime.

YSS was then sent to live with his aunt and uncle in Oebufu. The house in which he was discovered was the childhood home he had shared with his parents and siblings. It had been standing empty for seven years.

The police reportedly found a suicide note in one of YSS' schoolbooks left at the scene.

"We have made sure that the handwriting is the same his, as seen from his schoolwork," said Eti Wabang, one of YSS' teachers.