Company director Hadi Wijaja says they can process 35 tonnes of fish a day, or 5,000 tonnes a year, inside the spacious facilities whose sanitary practices are registered internationally - including in the US, the EU, and Korea, where fish must reach while still fresh enough to be consumed raw.

Indonesia is the world's largest producer of tuna, with an annual catch worth an estimated US$5 billion (S$6.8 billion).

Roughly one in six tuna caught worldwide over the past three years came from Indonesia, which accounted for 16 per cent of world tuna production last year, director general of capture fisheries Zulficar Mochtar reported last month.

Its largest market is the United States, which consumed nearly half of Indonesia's tuna catch last year, mostly as frozen whole fish or fillets. Indonesia's tuna exports to the US have soared 130 per cent since 2014.

Indonesian seafood suppliers are out in force this week at Seafood Expo North America 2019, the continent's largest seafood trade fair.

Bahari Biru Nusantara and about 20 other suppliers will be there to raise Indonesia's visibility as the world's top producer of high-quality tuna, and to satisfy potential customers with concerns about dwindling fish stocks, overfishing and damage to the ocean environment.

Increasingly, diners all over the world want to know where their fish comes from and how it was caught.

"Demand for responsibly sourced seafood has grown in markets all over the world," says Jeremy Crawford, Southeast Asia director for the International Pole and Line Foundation, a non-governmental organisation promoting sustainable fisheries.

For some years now, Indonesia has been working to reassure its customers by making the workings of its seafood supply chains more transparent.

With an estimated 3.3 million people employed in the sector, it has had to combat perceptions of poor labour practices, human trafficking, and rampant illegal fishing in the western Pacific.

Under outspoken Minister of Marine Affairs and Fisheries Susi Pudjiastuti, Indonesia was the first fishing nation to make public real-time data on the location of all vessels in its waters.

Introducing that system made it a global leader in terms of transparency, says Amanda Shaver, environmental security specialist at Washington DC-based think tank the Stimson Centre.

The country has also developed a modern and efficient processing industry to cope with the volume of fish that is caught. 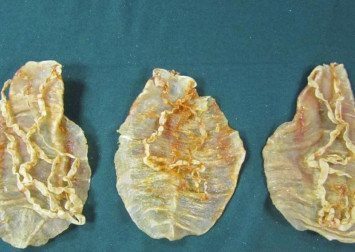 Indonesian fishing vessels have long used large nets capable of lifting entire schools of tuna from the ocean. By this method, Indonesia catches about as many fish as Japan and Taiwan, which are also top tuna-catchers.

Fishing by purse seine - a large wall of netting - risks overfishing, however, leaving insufficient fish to repopulate a given area.

In recent years, Indonesia has emerged as second only to Japan in pole and handline fishing, where fish are caught one by one, eliminating the risk of hauling in an unintended catch.

Experts estimate that nearly 20 per cent of Indonesia's tuna could be caught by these more environmentally friendly methods.

"Indonesia is showing the rest of Southeast Asia and beyond that it's feasible to both capitalise on the huge international demand for sustainable tuna and also safeguard the future of coastal communities," says Crawford.

Thailand and Vietnam are Southeast Asia's other major tuna exporters, but rather than fish for the sushi counter, both primarily export fish to be canned.

Tuna has turned up as an item in the ongoing US-China trade war, listed on Section 301 List 3, with a 10 per cent tariff imposed when it is imported to the US from China.

Shaver, of the Stimson Centre, points out that the US imports about 80 per cent of the seafood consumed there, even though much of it was originally caught in the US. In some cases, US-caught fish is shipped to China for processing before being imported back, attracting the tariff.

Century-old American canned tuna company Bumble Bee has been paying the tariff for tuna caught in the western Pacific and processed in China before being canned in the US.

At the same time, the consumption of canned tuna in the US has declined steadily over the past two decades, replaced by Americans' growing taste for fresh tuna.

Meeting the demand for fresh fish has led to the rise of companies like San Diego-based Seafood Imports, which exclusively sells sashimi-grade tuna caught and processed in Indonesia to American buyers, including major supermarket chains.

"To promote transparency and provide jobs, Indonesia doesn't process any of its tuna abroad, unlike many countries - including the US - who send many types of fish species to China and other countries to be processed," Shaver says.

Earlier this month, Bumble Bee Seafoods said that as a direct result of the trade war, it is considering closing its cannery in California and relocating to Southeast Asia.

Indonesia, with its booming processing capacity and investments in transparency in the sector, is well positioned to receive such relocations.

"Indonesia did a fantastic job of controlling illegal fishing in its waters," said Reniel Cabral, a marine scientist from the Philippines specialising in coastal resource management at the University of California Santa Barbara, in a commentary on watchdog site Global Fishing Watch.

He thinks Indonesia next needs to apply similar scrutiny to the fishing methods of its domestic fishermen.

"To continually capture benefits from these policies, they need to ensure that domestic fishing efforts are also well managed."

This article is first published in South China Morning Post.