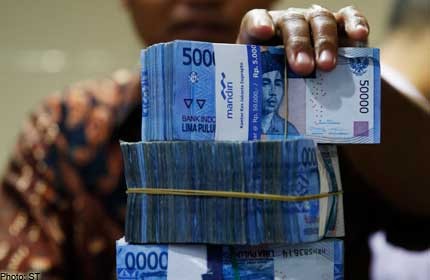 A recent report by the Organisation for Economic Co-operation and Development (OECD) says Indonesia's economic will grow on average 6 per cent annually during 2014-2018, making it the country with the highest economic growth.

In the report, the OECD said Indonesia's economic growth would be one of the highest in that period, exceeding the Philippines, which is estimated to reach 5.8 per cent.

The economy in China, India and Southeast Asia is relatively strong in the mid-term, supported by a stable domestic demand, and it is predicted that economic growth in the region will stand at on average 6.9 per cent in the period of 2014-2018.

The estimation is lower than economic growth rate in 2000-2007 which reached 8.6 per cent.

However, in the middle-term, China, India and Southeast Asia will play a crucial role in the global economy.

It is projected that in the same period, Malaysia and Thailand's economy will grow by 5.1 per cent and 4.9 per cent respectively.

Meanwhile, Singapore's economy is estimated to grow by 3.3 per cent. Cambodia, Laos, Myanmar and Vietnam will also have strong economic growth in the mid-term, in a range of 6 to 7 per cent.

OECD deputy secretary-general Rintaro Tamaki said as reported by Antara news agency that the economic success of Asian developing countries would depend on the management of several challenges on the use of mid-term growth potentials.