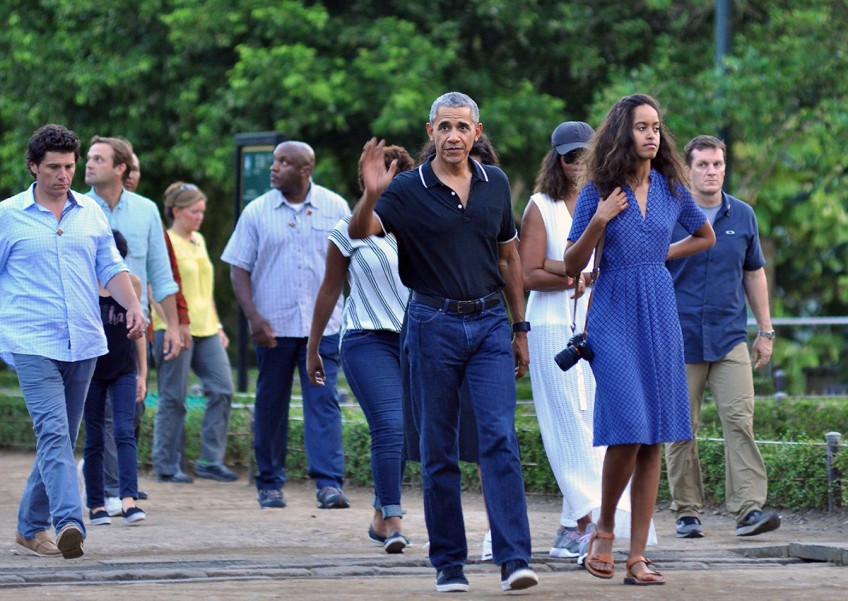 Fried rice and chicken satay are the two Indonesian traditional dishes that Barack Obama looks forward to eat during his stay in Yogyakarta.

Indonesian food certainly reminds Obama of his childhood in Indonesia. As a child, Obama spent four years in Indonesia in the late 1960s in the Jakarta, Indonesia's capital city, after his mother married an Indonesian man. During those years, his mother and his stepfather often took Obama to Yogyakarta.

During a state visit to Indonesia back in November 2010 Obama mentioned bakso (meatballs) and satay in his remarks.

For their three-day Yogyakarta trip, the Obamas stay at Tentrem Hotel, which is owned by one of Indonesia's famed jamu makers, Sido Muncul.

Although Yogyakarta's most famous delicacy is gudeg (jackfruit and coconut milk stew served with various side dishes), tourism minister Arief Yahya said that fried rice and chicken satay are also loved by locals.

"Indonesian fried rice and chicken satay are delicious. They are also among the favorites of the Yogyakarta locals," said tourism minister Arief Yahya.