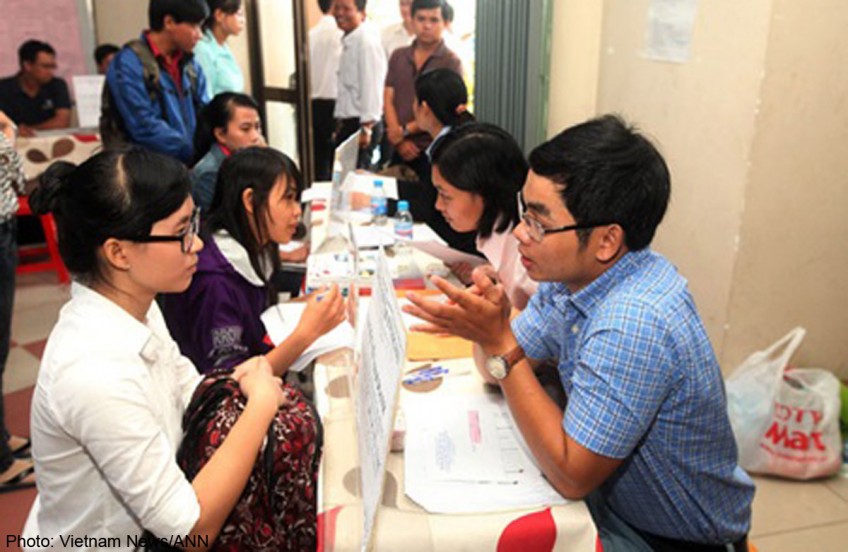 Workers seek jobs at a job promotion centre in the southern province of Binh Duong.

HA NOI - There were big difficulties in retrieving money wrongly paid as unemployment insurance and for vocational training, Do Van Sinh, deputy director of the Viet Nam Social Insurance has said.

Sinh told Tien phong (Vanguard) newspaper that due to the lack of guidance, the agency was unable to rectify any irregularities in payments during the transitional period from applying the Law on Social Insurance in 2006 to applying the Law on Employment in 2015.

Sinh said that at present the law did not have any regulations on which office was responsible for collecting unemployment insurance paid to the wrong beneficiaries.

Inspections by the State Audit Office of 32 unemployment service centres in 2013, showed that 23 had made errors. The main one was paying insurance to the wrong beneficiaries.

Sinh said that the State Audit Office of Viet Nam proposed that the Viet Nam Social Insurance should be responsible for paying unemployment insurance instead of employment-service centres.

He said this would avoid cheats who get paid unemployment allowance and are also paid by their companies.

Profiting from unemployment insurance had become quite popular, Sinh said.

For instance, some people who are going to retire quit their job a bit earlier to enjoy unemployment benefits - and the pension.

More than 261,800 people have bought insurance for a total of VND1.3 trillion (S$84.80 million) since the beginning of the year, according to Viet Nam Social Insurance.