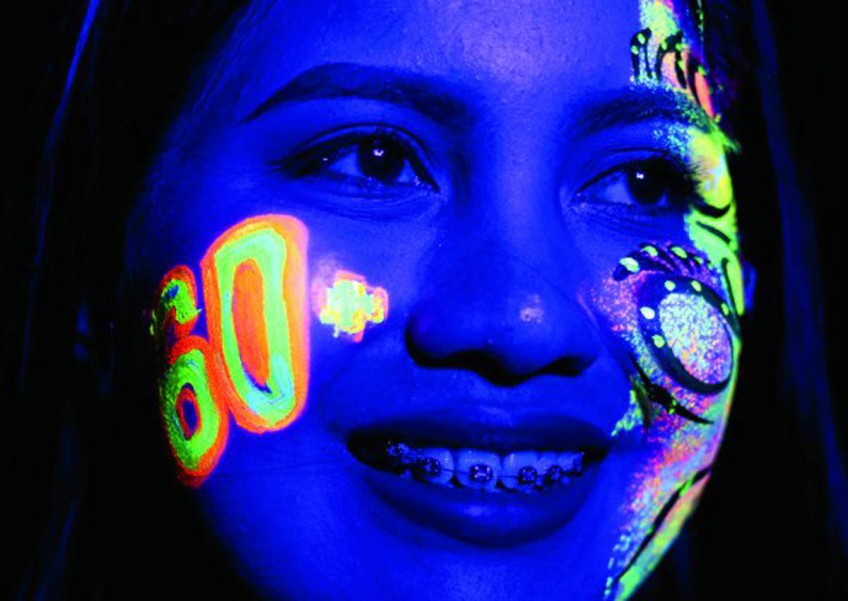 Tepid participation of residents in Luzon, despite enthusiastic participation by people in the Visayas and Mindanao, resulted in power plants working more during Earth Hour on Saturday than they were in last year's 60-minute power switch-off campaign.

Earth Hour is an international campaign encouraging people and businesses to turn off lights and other electrical appliances in support of global call for action on climate change.

The Empire State Building and United Nations headquarters in New York, the Eiffel Tower in Paris, the Kremlin in Moscow, the Acropolis in Athens, Sydney's Opera House and other iconic buildings and monuments around the world dimmed their lights as millions of people from some 170 countries and territories took part in Earth Hour.

In the Philippines, however, the maximum load in the country's power grid was reduced by only 165 megawatts on March 25, or 4 per cent lower than the 172-MW decrease observed in 2016, according to data from National Grid Corp.

Consumers in the Mindanao grid performed best, posting a reduction of 44 MW-more than seven times the 6 MW saved last year.

At a mall in Cauayan City in Isabela province on Saturday, 500 residents formed the No. 60 and a plus sign using neon tubes sealed in bottles to highlight their participation in the 60-minute power switch-off campaign.

By turning off lights and gadgets from 8:30 p.m. to 9:30 p.m., they helped drive the global campaign to fight the impact of climate change, said Cauayan City Mayor Bernard Faustino Dy.

Recycling is a solid waste management practice all Cauayan residents can adopt to mitigate climate change, aside from planting trees that helps in the emission of carbon dioxide, said city environment officer Alejo Lamsen.

In Cabanatuan City, residents, local officials and members of civic groups gathered at two malls to commemorate Earth Hour, which was highlighted by a lightbulb centerpiece.

In Baguio City, street dancers garbed in colorful attire performed in the downtown area at 7 p.m. to draw attention to Earth Hour.

A ceremonial switch-off programme was held at City Hall and nearby city jail.

At 8:30 p.m. on Saturday, the SM Mall of Asia (MOA) Complex in Pasay City, particularly the MOA Eye Ferris wheel and the MOA Globe, turned dark.

During the one-hour no-lights event, teen actors Janine Gutierrez and Andre Paras joined the attendees in taking turns pedaling stationary "bambikes" (bamboo bikes) attached to power generators, lighting up the Earth Hour logo in the middle of the stage.

"It sends the message that when willing, human power can shine a light on climate action," said World Wide Fund-Philippines National Youth Council.

In Cebu City, the Earth Hour celebration started with a play from Pagtambayayong Foundation on the need to use renewable energy and to stop using coal-fired power plants.

A fire dance presentation followed the switch-off. At least 3,000 bikers pedaled to call attention to a campaign for clean air.

The bikers covered a six-kilometer route.

In Iloilo City, lights were dimmed in government buildings and business establishments.

In Ormoc City, lights of government offices and business establishments were also turned off for an hour.

Bikers pedaled their way around the city in the darkness.

Among the towns that joined the observance was Palompon in Leyte province, which marked Earth Hour for the first time.

In Tacloban City, lights in government offices and residences were also switched off.