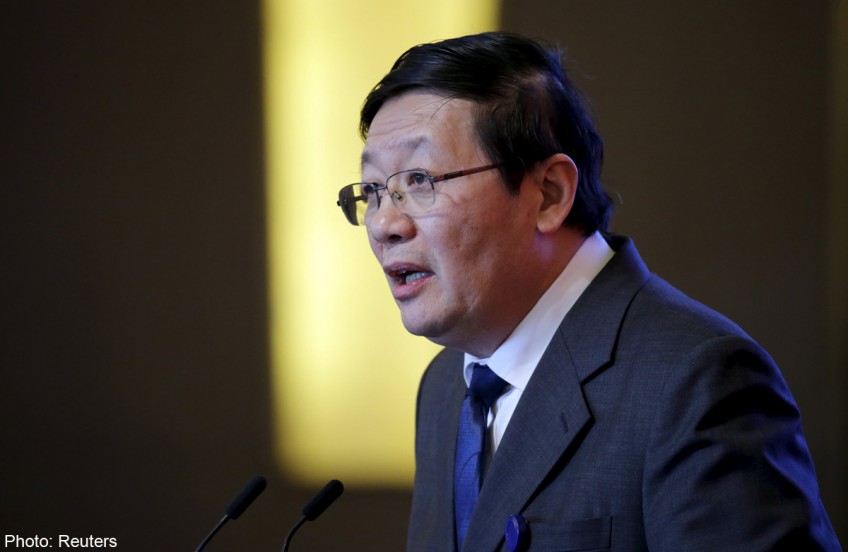 China has an open and inclusive attitude in building and operating the Asian Infrastructure Investment Bank, a Foreign Ministry spokesman said on Monday.

He made the remarks when asked if China would be willing to co-operate with the United States on the AIIB. The US has been urging its allies not to join the bank.

The China-proposed AIIB, with an expected initial subscribed capital of $50 billion, will be an international financial institution funding infrastructure projects in Asia. It is expected to be set up by the end of this year, according to Jin Liqun, secretary-general of the bank's interim multilateral secretariat.

Although many countries have applied to join the bank, some traditional allies of the US, such as Japan and South Korea, are hesitating.

However, The Wall Street Journal on Sunday quoted Nathan Sheets, the US treasury undersecretary for international affairs, as saying that the Obama administration is proposing a formal partnership between the bank and Western development institutions like the World Bank.

"The US would welcome new multilateral institutions that strengthen the international financial architecture," Sheets was quoted as saying.

He added that co-financing projects with institutions such as the World Bank or the Asian Development Bank would help to ensure that the AIIB complements rather than competes with existing institutions.

Hong said the shift in tone by the US shows the new bank's mission to fund infrastructure projects in Asia has gained wide recognition.

To date, the bank has 27 prospective founding members. Britain, France, Germany, Italy, Luxembourg and Switzerland have recently applied to join as founders.

Jin expects the number of prospective founding members to reach 35 by the end of this month, the deadline for applications.

On Monday, Premier Li Keqiang said during a meeting with Takehiko Nakao, president of the Asian Development Bank, that Beijing's proposal to set up the AIIB is aimed at helping regional interconnectivity and to provide an economic boost.

The new institution will complement existing development banks with an open attitude to achieve a win-win situation, Li said.

Dominic Barton, managing director of multinational management consulting company McKinsey & Co, who was also attending the China Development Forum, said the idea of having another multilateral organisation like the AIIB is good as long as it is multilateral.