Scholars and activists have raised concern about the freedom of speech in Indonesia following alleged acts of intimidation against critics of the government’s policy to restrict mobility to stem the Covid-19 pandemic.

Bivitri Susanti, a constitutional law expert from the Jakarta-based Jentera School of Law, said people opposed to any criticism of President Joko "Jokowi" Widodo's administration had been “wild” lately.

She said that, based on her own experience, she had often been verbally attacked after she had criticised the government, whatever the issue was.

“Who does this? Who threatens us? If I look closer, besides the buzzers, my own circle [scholars] are doing that, too. What's going on?" she said in a virtual panel discussion on the freedom of speech with other experts on Monday.

Some of the recent threats followed online discussions about the constitutional mechanism for removing a president from office. 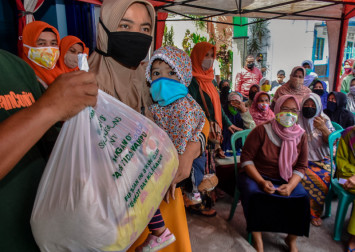 Students and a professor of Yogyakarta’s Gadjah Mada University (UGM) on Friday received threats in various forms including text messages, phone calls and the hacking of their accounts after a poster of the planned discussion and an opinion article denouncing it as an act of treason went viral.

Constitutional law professor of the Indonesian Islamic University (UII) Nimatul Huda, who was a speaker at the discussion, also reportedly received threats.

On Sunday, Tempo newspaper editor in chief Budi Setyarso also reported that his Instagram and Facebook accounts had been “hacked” while he was moderating an online discussion with the UGM discussion’s committee head, UGM’s Faculty of Law dean.

The panel also included Ravio Patra, an independent researcher who was detained by Police following the hacking of his phone in April.

Bivitri went on to say that the government should investigate and solve the cases.

"This is terrible, especially for academic freedom. The government must investigate the actors. The government has all the power to do this, it has SIM-card holders' data, and we also have the police.

"We need proof if the government says that those threats were not from them,” she said.

In Indonesia, threats against government critics started in April with Ravio Patra’s case. He was detained and accused of inciting riots through a WhatsApp message broadcast.

A coalition of human rights groups has suggested that his arrest was a warning to critics, as he was innocent and a victim of identity theft.

The coalition, which includes the Southeast Asia Freedom of Expression Network (SAFEnet), the Foundation of the Indonesian Legal Aid Institute (YLBHI), the Commission for Missing Persons and Victims of Violence (Kontras), Amnesty International Indonesia and the Institute for Criminal Justice Reform (IJCR), demanded that police arrest the person who allegedly hacked Ravio’s phone to spread the fake news. 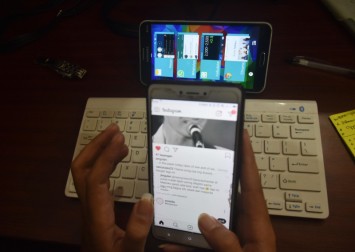 Former Judicial Commission chairman Aidul Fitriciada Azhari said a pandemic should not be an excuse for the government to restrict free speech. He said that, no matter how bad the government was, a president could not be impeached just because of his policies.

"The government should not be afraid of the critics. Our presidential system is very protective of the president.

"There is no need to limit people’s freedom. In this pandemic, all that we have is freedom of speech,” he said.

“An idea should only be attacked with another idea, not with criminal sentences, intimidation or repression.”

Islamic scholar Din Syamsuddin deplored the intimidation, saying the pandemic appeared to be a cover for the government’s authoritarian instinct.

He cited the controversial Regulation in Lieu of Law (Perppu) No. 1/2020 on the Covid-19 pandemic response, which protects officials who order spending for programs related to the pandemic management from any legal charges.

“People have the right to criticise the government when it goes to the wrong direction.

"The current state of our democracy is worrying,” said the former chairman of Muhammadiyah, the second-largest Islamic group in the country.