It may have been a record-breaking Singles' Day for e-commerce giant Taobao but for Hong Kong resident Lynn, a simple purchase proved impossible.

Lynn scoured the site for a deal on a pair of cooling sleeves - protective arm covers often used by hikers but also worn by protesters in the city to shield themselves from tear gas.

But every time she tried to order, she could not complete the transaction.

"At first, I used transhippers that can direct the items to Hong Kong, but I could not proceed. Then I changed the address to one in mainland China, and that didn't work either," Lynn said. "I gave up."

Cooling sleeves were among a number of common items that were available on the site but could not be delivered to a Hong Kong address.

"This item cannot be delivered to your jurisdiction based on local regulatory laws and Taobao policy," a notice said, as one customer tried to buy children's non-slip gloves.

Other items such as balloons could not be found at all.

Everyday items used by Hong Kong's protesters - from construction helmets to black clothing - have been restricted on mainland e-commerce platforms such as Taobao since August.

Vivi, a Hong Kong resident, wanted to buy some balloons from Taobao but was surprised that she could not find anything.

She said friends suggested that it could be because of protests by "black balloon flash mobs", in which demonstrators popped inflated balloons that they said symbolised the collapse of China.

Andrew Polk, an economist and partner at Beijing-based consultancy Trivium China, said companies, especially tech giants like Alibaba, were under unofficial pressure to restrict some sales given the "sensitive situation" in Hong Kong.

"Any big Chinese company will have to toe the line on any important issue, it's part of the game in China," Polk said.

Still, the potential loss in sales for Taobao would be negligible, given the high volume of sales during the Singles' Day shopping spree, he said. 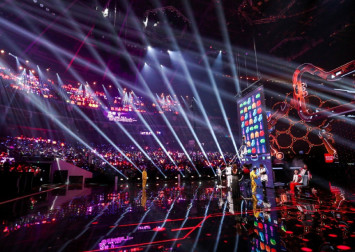 Singles' Day is the biggest shopping event in the world by sales. Last year it brought in a record-breaking 213.5 billion yuan (S$41.8 billion), nearly doubling the US$17.8 billion (S$24.2 billion) in online sales during Thanksgiving, Black Friday and Cyber Monday combined.

By 7pm on Monday, Singles' Day shoppers had spent more than 227 billion yuan.

The event was started in 2009 by Alibaba to promote shopping on a day meant to celebrate those who are not in romantic relationships.

Taobao did not respond to a request for comment.