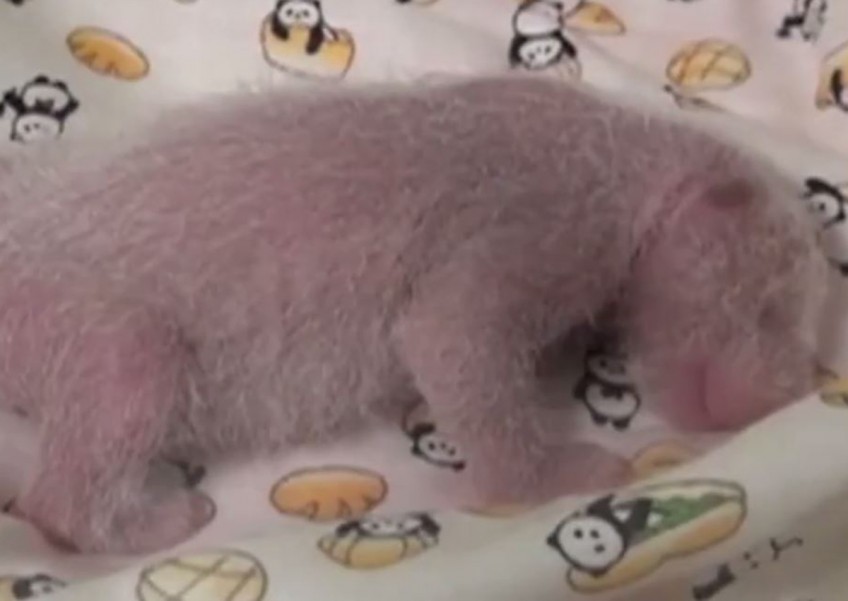 Tokyo - A baby panda recently born in Japan is a girl, a Tokyo zoo said Friday, adding that the little cub appeared to be in good health.

A zoo spokesman said the female cub's sex was confirmed based on pictures sent to a panda research centre in the shy animal's native China.

Pandas are born pink, hairless and weighing around 100 grams - so small it can be difficult to determine their sex.

The little cub "seems to be in good health" and is drinking her mother's milk, the spokesman said, adding she is now 17.6 centimetres (seven inches) long and weighs 283.9 gramme (9.9 ounces).

"She has started to grow black fur around her eyes and on other parts of her body," the spokesman added.

Zoo keepers were carefully tending to the cub and her 11-year-old mum Shin Shin, who resumed her daily schedule of munching young bamboo stalks and rolling around days after giving birth.

The birth of the as-yet-unnamed cub comes after the last panda's arrival at Ueno Zoo ended unhappily, with the baby dying from pneumonia.

The death reduced one of the zoo's directors to tears.