It's not Stalin, it's 'Sugalin': Japan's PM Suga has a new nickname mocking his authoritarian approach

Soon after he became Japan ’s prime minister in September, Yoshihide Suga attempted to shake off the image of a strait-laced functionary by referring to himself in an interview as “Gasu”, a play on the characters in his name.

It didn’t work at the time, and he has instead acquired a far less flattering nickname.

It’s one whispered behind Suga’s back for fear of his retribution – but in political circles, on social media and in the bureaucracy, there is reportedly no shortage of those who refer to the prime minister as “Sugalin”, after the Soviet dictator Josef Stalin.

“I think there are some good reasons why people have started to call Suga that; he clearly acts in a dictatorial and authoritarian manner, and he does not tolerate dissent – or he simply ignores people who disagree with him,” said Jeff Kingston, director of Asian studies at the Tokyo campus of Temple University.

“I don’t think he reads the wind well and it appears that he is clueless as to what the public is thinking on issues such as the ‘Go To Travel’ campaign, for example,” he said, referring to the government initiative to encourage domestic holidays in a bid to boost the travel industry, but which has instead been blamed for spreading Covid-19 .

Suga’s government also delayed the introduction of a state of emergency over the disease, a stance some quarters argue contributed to soaring infection rates. There are more than 290,000 cases of Covid-19 in Japan, and 3,870 related deaths.

On top of this, the prime minister is insistent the Tokyo Olympic Games will go ahead this summer, despite a clear indication that many do not share his enthusiasm. In a public-opinion poll over the weekend, 80 per cent of respondents said they thought the Olympics should be postponed again or cancelled entirely. 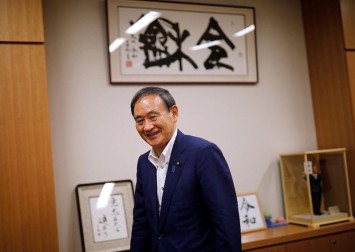 Suga’s heavy-handedness was evident even before he became prime minister. In his previous role as chief cabinet secretary, he arranged for the removal of a senior bureaucrat from the ministry of internal affairs and communications who had raised questions over a plan Suga had championed to expand a residential tax rebate system.

He also had a reputation for refusing to talk to journalists, only calling on reporters that he trusted to give him softball questions at press conferences and simply ignoring questions that he did not feel like replying to – a tactic he still employs.

One of his first decisions as prime minister was to refuse to appoint six academics nominated to the Science Council of Japan. Some had publicly raised questions over revisions to Japan’s national security legislation in 2015, while others queried alterations in 2017 to regulations relating to organised crime. Never before has a scientist recommended for the council been rejected by a prime minister.

This has contributed to the rise of “Sugalin” as a way of referring to the prime minister on Twitter and other social media, with a Tweet as early as October last year comparing Suga to Pol Pot, Jiang Zemin and Stalin “since Suga ignores all Japan’s laws, without Diet discussion”.

Others have taken issue with his handling of the pandemic and what is seen as prioritising the economy over the Japanese people’s well-being. 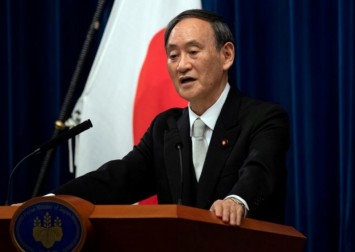 Previous Japanese leaders have been given nicknames – Keizo Obuchi was known as “cold pizza” for his lack of appeal, while Yukio Hatoyama’s slightly eccentric manner and prominent eyes earned him the moniker “The Alien” – but neither were as implicitly critical as comparing them to a dictator who has gone down in history for being both cruel and quite willing to eliminate his political opponents.

“Suga revelled in the power of the prime minister’s office in overseeing the nation’s bureaucrats and he was the architect of that control under [former Prime Minister Shinzo] Abe,” Kingston from Temple University said. “So there were a lot of people in the bureaucracy who were afraid of Suga and his power, so I see this as the settling of scores.

“I would say that the knives are out for him,” he said, adding that the prime minister’s broader political fortunes “appear to be ebbing very quickly”.